Like many of the best games, the ancient Chinese board game Go takes seconds to learn and a lifetime to master. Joe Miller’s LEGO technique mirrors the game’s virtue. His 9×9 Go board may seem unremarkable to non-LEGO enthusiasts like myself, but a deeper look reveals a master at work.

I can’t even fathom the tricks and techniques that Joe used to complete the 9×9 board, but The Brothers Brick points out one of the most mind-boggling ones. Note the clean black lines on the board: 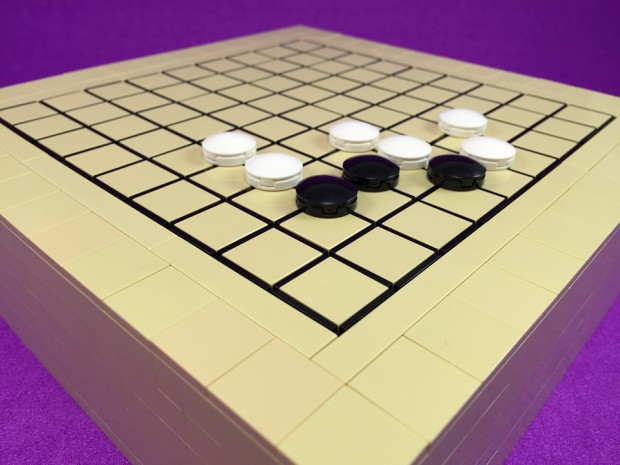 How on Earth does one do that with LEGO? Here’s Joe’s method: 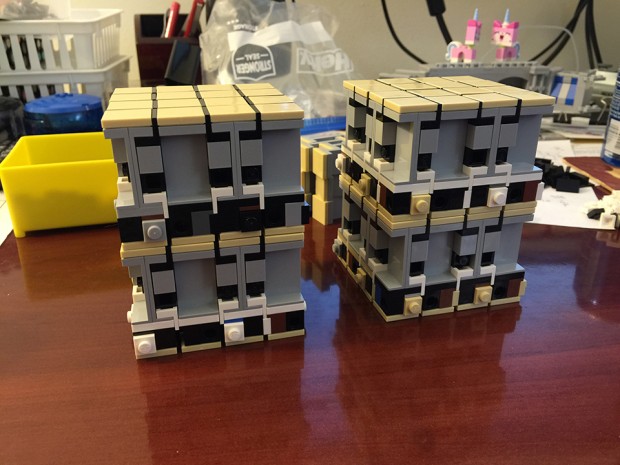 Joe says, “I connected these then added another line to two sides for a total of 81 squares. The outermost gridlines are much different in construction.” If not for the handful of studs sticking out I wouldn’t even recognize it as a LEGO build. Joe says it took him about 6 hours and several hundred dollars worth of pieces to complete the set. Check out his Flickr page for a better look at the board.