Cadbury Creme Eggs are the best! At least they were until the company changed the recipe. Now we see why. Apparently the plan was to have a lot of people with holes in their chest on Easter morning, with these aliens stealing all of your candy. 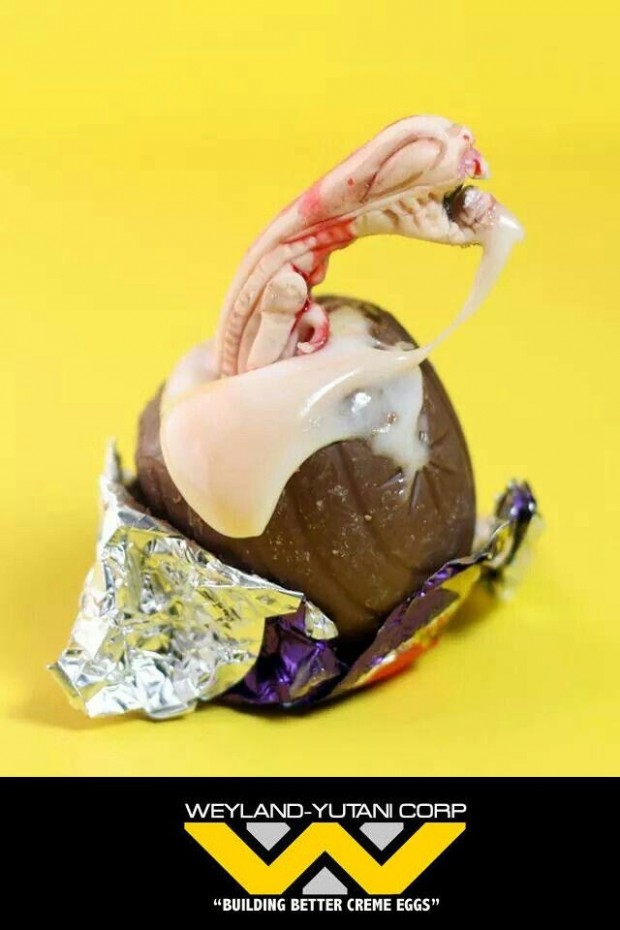 This not so fun Cadbury Creme Egg was made by Ghoulia Childs, who makes foods inspired by horror movies. This timely creation has a chestburster from the Alien movies. Yeah, I already was gonna pass on that new recipe, but now I will definitely stay away.

Makes sense. I had no idea that Cadbury was bought by Weyland-Yutani Corp. I guess it’s all Peeps now.