Kids React to VCRs (aka Man, We’re Getting Old)

It’s been at least 10 years since I had a VHS player in the house, if not longer. Between DVD, then Blu-ray and digital downloads and streaming, the idea of using clunky old magnetic tapes seems totally antiquated now. So where there’s old tech, there’s The Fine Brothers, who like to put old gadgets, games and videos in front of today’s kids to see what they think of it. 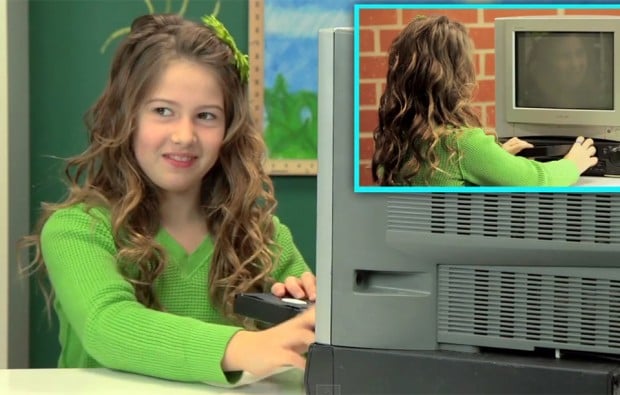 In their latest clip, kids first try to figure out what the heavy black box is, but it’s the part where they have to load the VHS tape in where they really start to struggle. Now don’t tell me you never put a tape in backwards at some point. Never mind the part where they see how crummy the picture quality is. Yes, kids there was a time before hi-def. And the chore of having to go to a video store to rent a movie. God forbid.

My favorite line comes from the boy who says “New is new, and old is… eh.” I couldn’t have put it better myself, kid.