We’ve featured LEGO enthusiast Iain Heath aka Ochre Jelly numerous times before, but this time we’re not sharing one of his MOCs. Iain made himself an awesome TARS costume for this year’s Emerald City Comic-Con. It can’t transform or adjust its humor level, but it looks and works a lot like the puppets that actor Bill Irwin used in Interstellar. 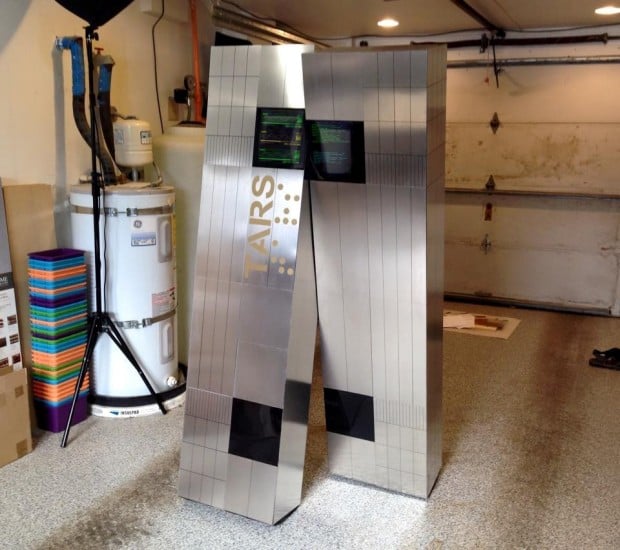 Similar to the actual movie props, Iain hides behind the costume and walks with it like a pair of stilts. Unlike the 200lb. movie prop however, Iain chose to make his costume primarily out of wood, using only strips of metal to mimic the robot’s steel case. A wise decision.

A hidden camera lets Iain see what’s in front of him. He also installed an audio system that lets him talk and play sound effects.

Iain won the One to Watch Award at the convention for his awesome costume. Congrats dude!