Building on its heritage as one of the premier makers of amps for the music industry, Marshall has extended its reach with the quality of its home audio products. Unlike some companies who might just slap their logo on a licensed piece of third-party equipment, it’s clear that Marshall cares about the quality of not just the hardware, but the sound of its home gear. 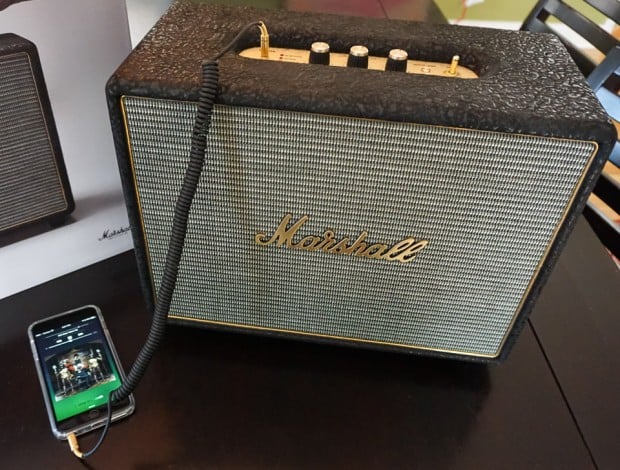 Case in point, the Marshall Woburn by John Varvatos Edition speaker. Sporting the trademark Marshall amp look, this special edition of the oversize Woburn has a uniquely textured full-grain leather case and a numbered antique brass limited edition, numbered badge on the side. 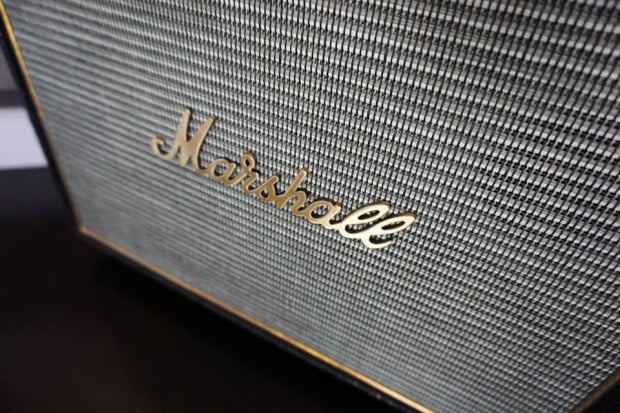 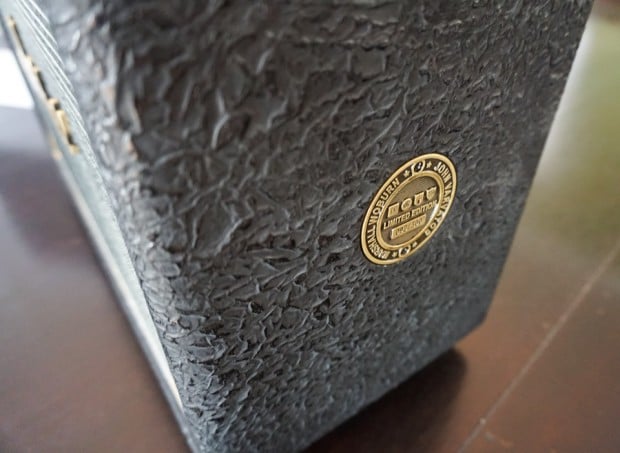 Of course, it’s not looks that make a speaker, and Marshall clearly understands this. The Woburn offers up enormous sound that can fill a large room, powered by a pair of 1″ dome tweeters and a pair of 5-1/4″ woofers with Class-D amplification. The high-end is powered by two 20-watt channels while the low-end gets a single 50-watter. Total sound output is rated at a bone-rattling 110dB SPL at 1-meter.

Whether connecting via analog, digital or Bluetooth, sound is exceptional, and best described as “massive.” In fact, I couldn’t push the volume past about 7 on the dial without my eardrums wanting to vacate my head (there’s also a small amount of low-end distortion at the highest levels, but only at volume levels which would send you to the E.R.. Yes, this is a speaker that likes to be played loud, so it’s great for parties and big gatherings. It’s also got a surprisingly wide soundstage for a single cabinet, so you could definitely use it in place of a multi-speaker living room stereo if you want. 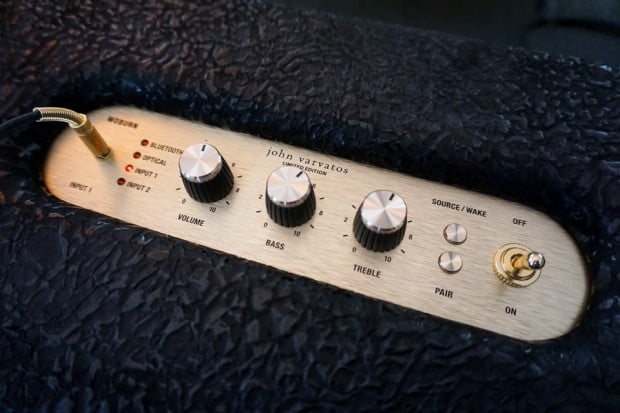 Only 300 of these speakers are being produced, so you’ll want to grab one quickly if you want one. The Woburn by John Varvatos Speaker sells for $850(USD) – a $200 premium over the black and cream edition Woburns. If you don’t care about having the special edition, the regular Woburn has the same audio hardware, so that’s always a good option too. And if you don’t have as big a room to fill, be sure to check out the excellent, but smaller Stanmore or Hanwell. 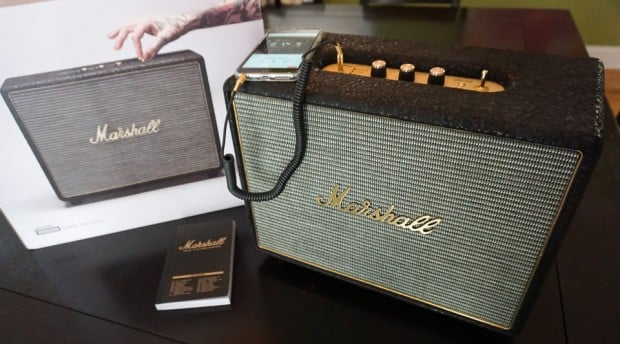