Last June we checked out Touchjet’s Pond, an Android projector that turned walls into touchscreens. It’s a good device for its price, but it wasn’t without sacrifices, particularly the quality of its display. Touchjet’s new Wave eliminates that problem, because it’s counting on your display. 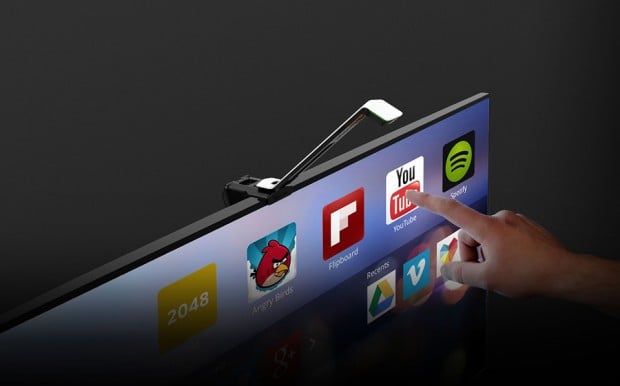 The Wave is an Android device on a stick, except instead of hiding it at the back of your HDTV or monitor you perch it on top of your display. That’s because it has an infrared sensor that detects up to four touch points, turning the display into a touchscreen. Touchjet says the Wave’s sensor works with displays between 20″ to 80″.

The Wave also comes with one of Touchjet’s styluses, as well as an HDMI cable. 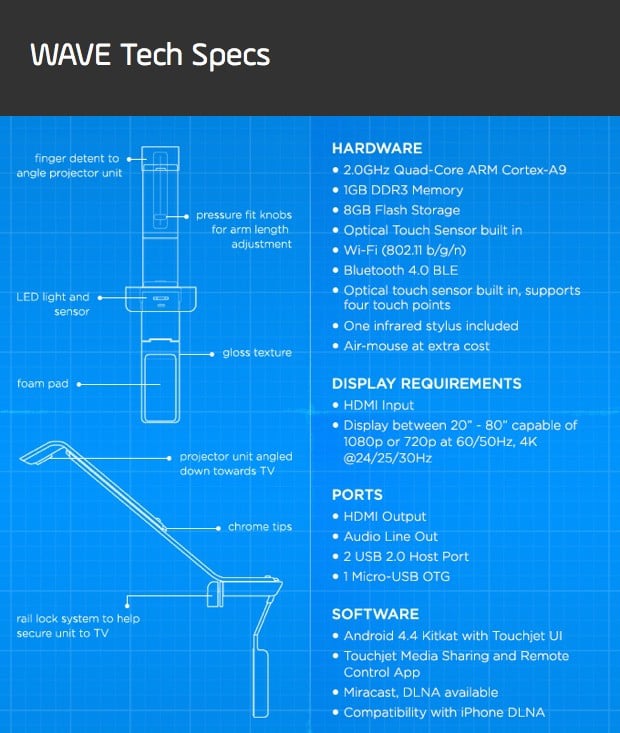 Pledge at least $99 (USD) on Indiegogo to get a Wave as a reward.