Escape from this dimension – well, in your mind – with Dave Dalton’s cool replica of Rick’s portal gun from Rick & Morty. Like other fan-made replicas, it has the green bulb and LED display, but it also projects an animation of the portal. 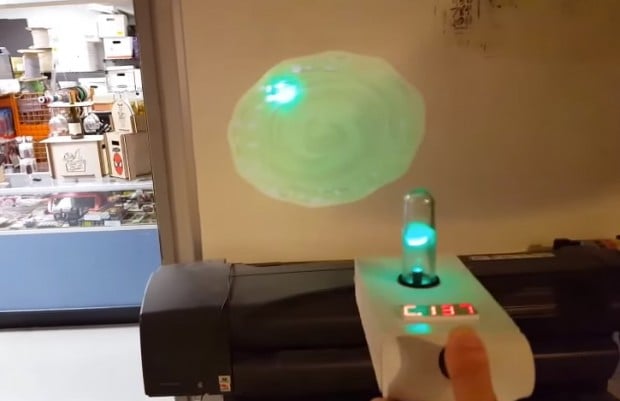 Among other electronic parts, the 3D printed case houses a small projector. Because he wanted to make the animation pop up as soon as he presses the trigger, Dave keeps the projector running and the animation looping when he wants to play with the gun. Squeezing the trigger merely removes the shutter covering the projector lens. Watch Dave, er Rick himself, demonstrate the portal gun:

The Galactic Federation’s prison seems like a pretty chill place!