As a child of the ’80s, the Ghostbusters were a huge part of my youth. I had the Ray Parker theme song and jammed it constantly on my record player. It was also one of the few VHS tapes we owned and didn’t rent each time we wanted to see it.

I’ve got mixed feelings about the new film totally changing up the formula that made me like it so much growing up. The biggest change we know of so far is that the new Ghostbusters are all female. As you can imagine with any new film these days also come toy crossovers. 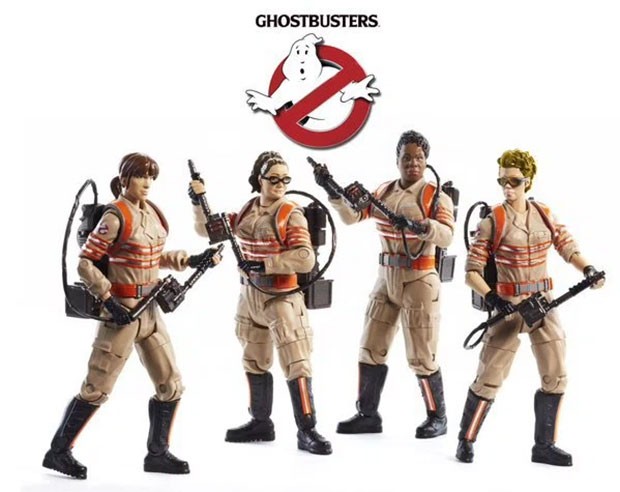 The action figures you see here are prototypes of Mattel’s 6-inch Ghostbusters figures . They look pretty good and even have unlicensed particle accelerators on their backs. Now let’s hope the movie is as cool as the action figures.

I wonder if the Stay Puft marshmallow man will make a return in the new film when it lands this summer.