Back in January, Intel set up a very cool nighttime drone program that had the flying machines festooned with colored lights and flying in unison. There were 100 drones in that show and they flew in tune with music played by an orchestra. However, that event took place in Germany in part because the FAA isn’t quite as keen on allowing 100 drones to take to U.S. skies. 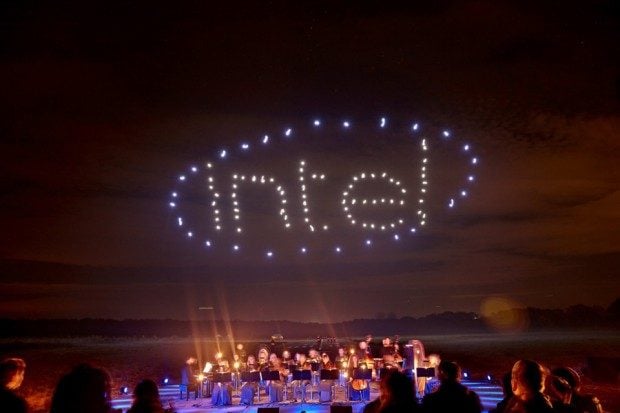 Intel says that it spent lots of time with the FAA showing it what the software it developed to control the drones could do and eventually the FAA granted permission for Intel to hold a Drone 100 show in Palm Springs, California. You can watch the video of the Palm Springs event below:

The show appears to be pretty much exactly the same as the one in Germany. Intel says that it wants to hold these shows over stadiums and other venues with lots of people, and it eventually wants 1000 drones in the swarm.