As if the world didn’t have enough problems, Russia is apparently creating a scary humanoid robotic soldier, affectionately being called “Ivan the Terminator.” Thank God they didn’t call it the T-800. The idea of the robot is to eventually replace humans on the battlefield. For now, these robotic avatars are remote-controlled using special suits worn by a human, but you know that won’t last long. One day they will be doing stuff on their own. 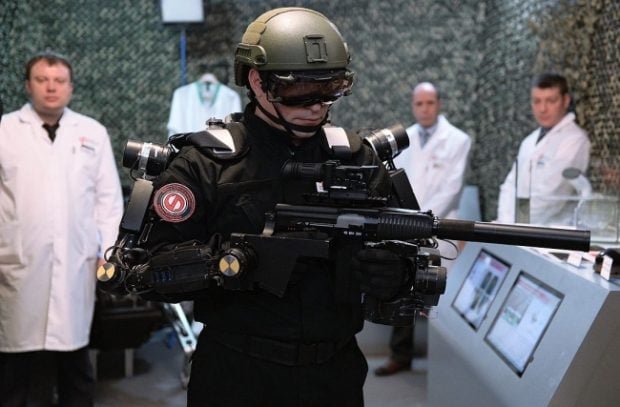 This robot (shown below) will accurately repeat the exact movement of the user by reading the fine motor skills of the neck, shoulder, hands and fingers. So if you raise your rifle to fire and pull the trigger, the robot will do just that. But it isn’t limited to just that kind of work, it can even drive a vehicle by automatically scanning the road for blockages or barriers. So it could give chase to enemies. It’s also designed to stand itself back up if it trips over an obstacle 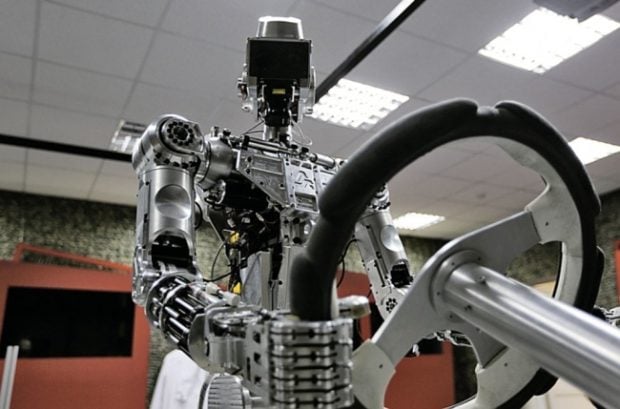 So the next time you have a robot firing at you and chasing you down, there may be a human behind its actions. Of course, one day it will do this all on it’s own, and then we’ll all be doomed.

[via kp.md via Mirror via Damn Geeky]