Space geeks are going to love this. Remember Carl Sagan’s message for extraterrestrials? Right now it is about 13 billion miles away from Earth aboard the Voyager I spacecraft. Hopefully some aliens (or the crew of the Enterprise) will find it soon. To celebrate the upcoming 40th anniversary of the Voyager Golden Record, a Kickstarter has been launched to produce a reproduction as phonograph records. How cool is that? 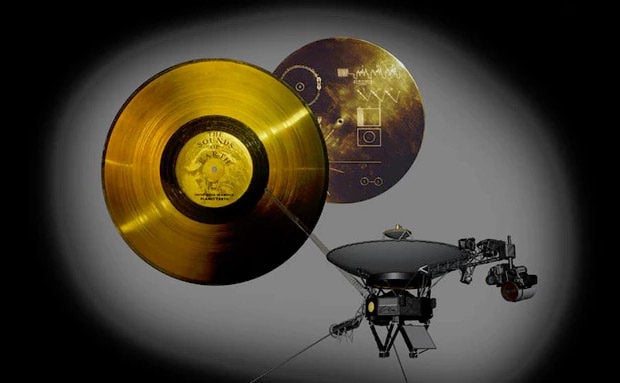 The Voyager Golden Record contains the story of Earth expressed in sounds, images, and science: Earth’s greatest music from myriad cultures and eras, from Bach and Beethoven to Blind Willie Johnson and Chuck Berry, Senegalese percussion to Solomon Island panpipes. Dozens of natural sounds of our planet — birds, a train, a baby’s cry, a kiss — are collaged into a lovely sound poem. There are spoken greetings in 55 human languages, and one whale language, and more than one hundred images encoded in analog that depict who, and what, we are. Etched on the record’s gold-plated aluminum jacket is a diagram explaining where it came from, and how to play it. 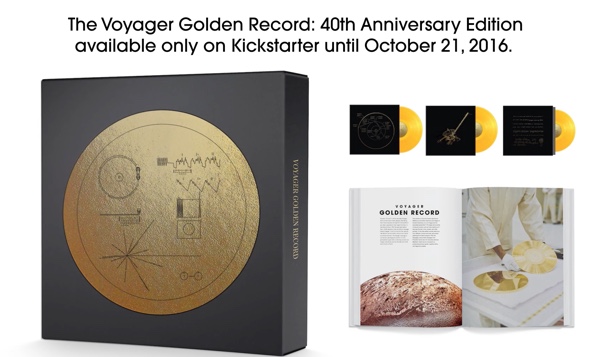 I don’t know about you, but I have to have a set. A $98 pledge will get you the full box set, which comes with three translucent gold vinyl discs, with a book detailing the history and contents of the record, a 12″ x 12″ fine art print, and a gold leaf box to store it in.

[via Boing Boing via Nerd Approved]