Opening a beer is something that my uncle took pleasure in grossing me out with. He would crack them open using his teeth and I was always sure his teeth would shatter. He literally had a steel plate in his head, and once pulled his own impacted tooth with pliers – and it was the wrong tooth. This bottle opener reminds me of ole Uncle Jimmy because it does strange things with bottle caps. 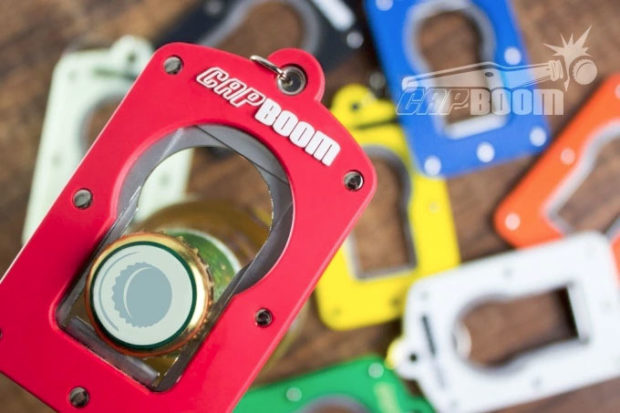 Simply slip the Capboom over your bottle of beer and smack the longer part. It snaps the cap off the beer with a nice, loud boom, and shoots the cap a long way away from you. I can see people taking caps to the dome during backyard cookouts.

The Capboom will be landing on Kickstarter soon to raise funding. The early bird Capboom will set you back $9 with fancier versions in wood at $25 or aluminum at $32. Check out the video and try not to put your eye out with this thing, Ralphie.