Hasbro Wants to Replace all the Monopoly Tokens

Growing up, each time I played Monopoly there was a near brawl over who got to be the car. I mean, no one in their right mind wanted to be the shoe or thimble. Back in 2013, the lame iron was replaced with a cat, and now Hasbro is getting set to replace all your Monopoly tokens with new ones. 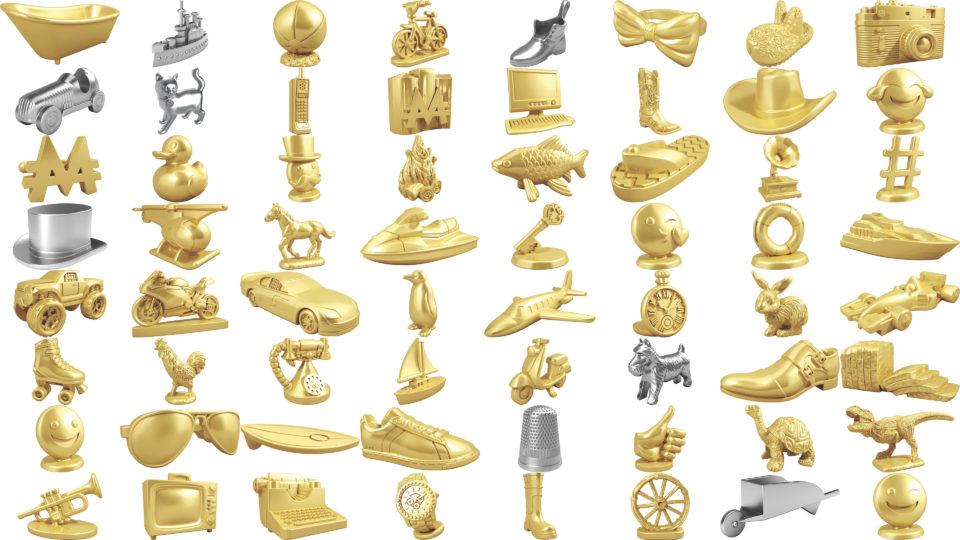 The image here shows existing tokens in silver and proposed tokens in gold. I don’t see the poop emoji token, which is an oversight. The company’s Monopoly Token Madness campaign is asking players to vote to select eight new tokens for the popular board game.

The eight winning tokens will be announced on March 19, which is World Monopoly Day. I’m voting or the T-Rex, turtle, horse, monster truck, F1 car, helicopter, smiley, and TV.

Cast your vote now, and let’s hope we don’t end up with the loaf of bread or another old show.