Indominus Rex Robot Wants to Eat Your Other Dinosaur Toys

Jurassic World was one of those silly summer popcorn flicks, loaded with destruction, dinosaurs, and cheesy dialogue. In other words, I loved it. One of the highlights of the movie was the giant dinosaur with the silly name – the Indominus Rex. Now you can own a robotic version of I. Rex to wreak havoc on your action figures. 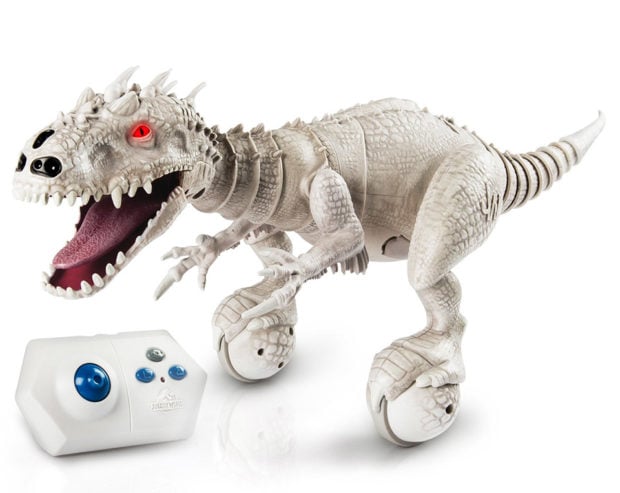 Rather than stomping about, this Zoomer Indominus Rex robot rolls around on wheels – which means it could easily hunt you down in your Jeep. It looks mean and awesome with those light-up eyeballs, sharp claws, fangs, and head spikes, and can work either autonomously or be programmed to do your bidding. 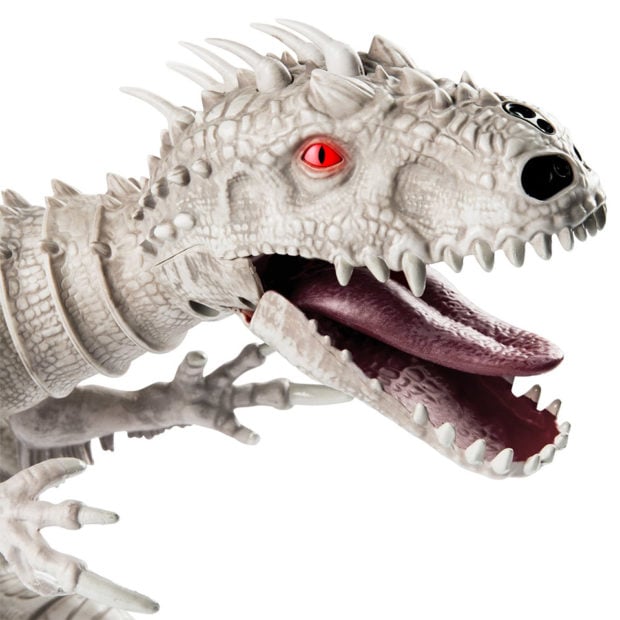 The robot is designed to patrol, hunt, and explore its environment, and can be programmed using the included remote control. It’s even got infrared sensors in its nose to detect and react to hand movements. And as it moves, it belts out roars and growls just like the real fake dinosaur from the movie. The dino gets particularly nasty if you mess with its tail.

You can get your hands on the Zoomer Dino World Indominus Rex toy over on Amazon for just $79.94(USD)