At this point we all know that a stand alone Han Solo Star Wars movie is in the works. The first image from the set of the film has just turned up and it is courtesy of co-director Chris Miller (Cloudy with a Chance of Meatballs, The LEGO Movie, 21 Jump Street). It’s not a shot of a set or anything, just a photo of the clappy slat thing they use when filming movies. 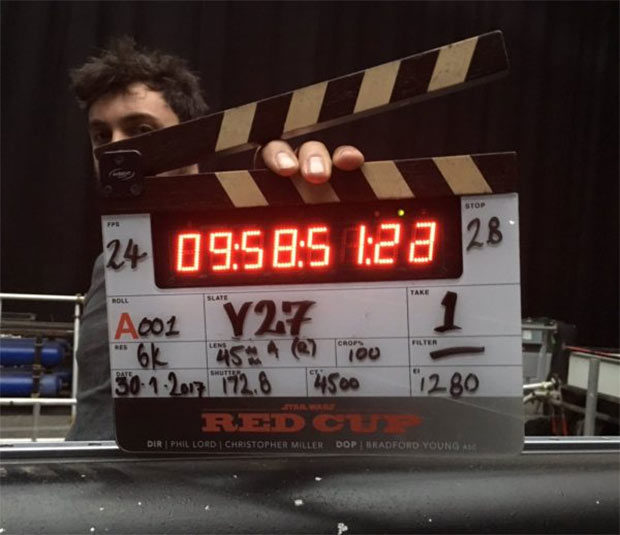 I like that it’s codenamed Star Wars: Red Cup, as in red SOLO cup. His tweet also said “Han First Shot.” See what he did there? In terms of the standalone flicks, I really didn’t care for Rogue One, though it seems I am in the minority on that opinion. I’m looking forward to seeing this one though.

I hope the next standalone movie after this one is about Boba Fett.