Surf’s Up on the LEGO Rainbow Wave Machine

Look at that rainbow wave go. Taste the rainbow. I mean taste the LEGO. I mean, it’s just so wavy and pretty. Berthil van Beek makes many cool LEGO machines, but his latest machine is very very soothing and hypnotic. 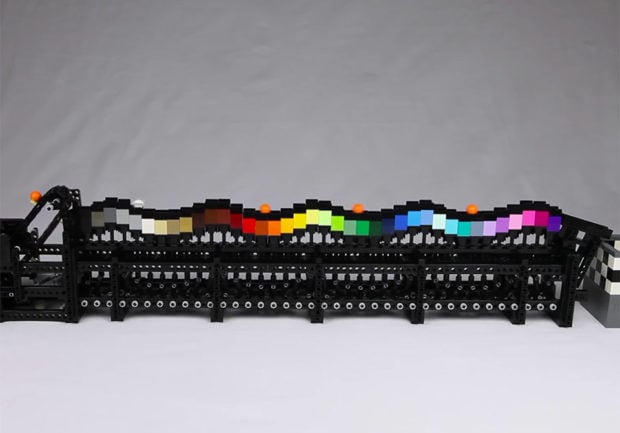 This machine features 38 undulating colors and approximately 1,150 pieces. The colorful LEGO wave goes up and down while balls are fed to the top, riding said wave. Berthil was apparently inspired to create the machine after seeing the rainbow of colors available in LEGO’s Creator XXXL Box.

Now what I really want to see are little LEGO minifigs surfing this wave.