Under the Skin of Spy in the Wild’s Animatronic Creatures

The BBC Earth and PBS animatronic wild animal series Spy in the Wild places realistic animatronic creatures in the midst of real ones so they can capture never-before-seen video of animals in their native habitats. The producers of the series have released a cool new video that shows off the amazing technology under the “skin” of these realistic animals. 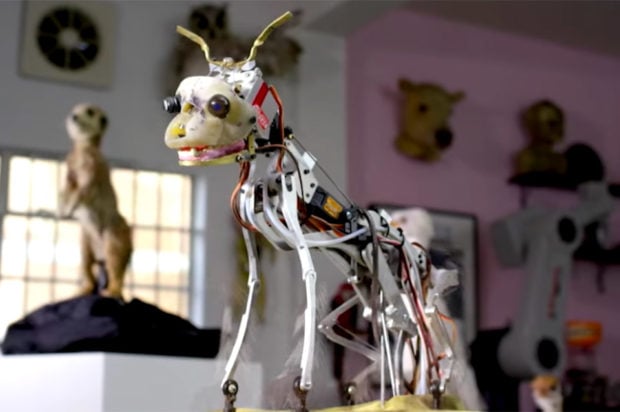 Beneath the faux skin and fur of these lifelike animals you will find some incredible mechanical engineering. The skeleton of articulated metal limbs is controlled by sophisticated electronics and servos, then wrapped in a realistic costume that is good enough to fool the real animals. Nature documentaries sure have come a long way.

Each of these faux creatures mimics the moves of its real world doppelganger, and each one takes months to design and build. You can see why. For more on these incredible creations, be sure to listen to NATURE’s fascinating interview with animatronic designer John Nolan: