Behold the greatest animal cosplay ever. It’s a guinea pig, a rather fat and strange rodent that parents tend to buy for kids instead of a dog. This particular guinea pig is the same width from his fat little cheeks down to his piggy arse. 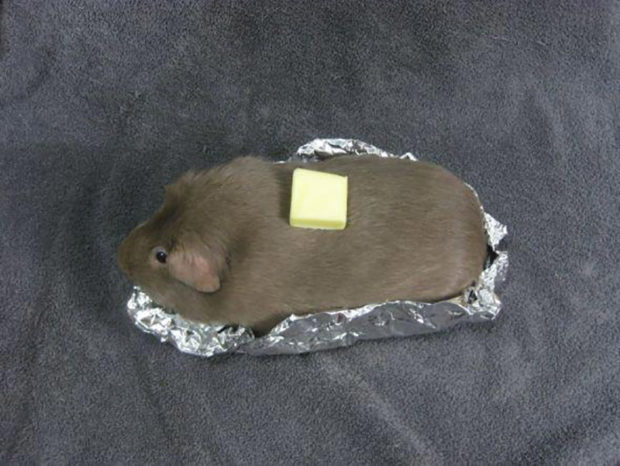 That makes the pig perfect to play a deliciously starchy side dish. Stuff him in some foil and put a pat of butter on his pack and boom… behold the Pigtato. I wonder if the chubby little rascal ended up eating that butter.

I’m sort of hungry for a baked potato topped with pulled pork now.