Planar Elliptical Runner Robot Can Run Faster Than You Can

As humans are getting fatter and lazier in general, robots are learning to run faster and faster. Does this concern anyone else? No? Just me? Stay in shape if you want to outrun the robots of the future, people. 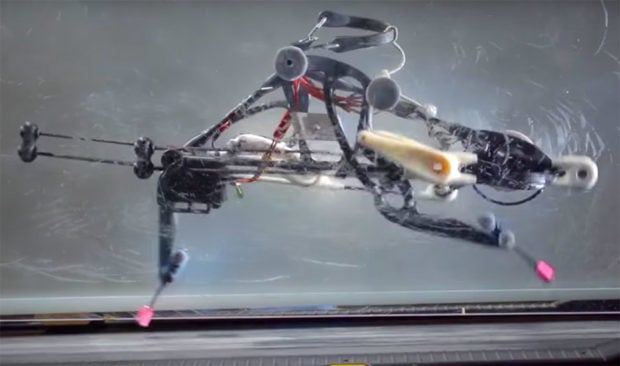 Engineers at the Florida Institute for Human and Machine Cognition in Florida have developed the Planar Elliptical Runner. That’s right. Another robot that can run. This two-legged robot can run about 12 mph on a treadmill. This thing is creepy, especially when it runs while suspended in the air. If it can run, it can chase humans. You figure out the rest and tell me how this ends.

That’s it. I’m stopping the junk food tomorrow because at least a few of us have to survive the impending chase. National Geographic is going to look a whole lot different when we are the beasts being taken down like gazelles in the wild.