You played a concert with that thing? You’re braver than I thought. Remember that Star Wars medley video from Player Piano that went viral? Turns out you can now own the Millennium Falcon piano featured in the video. 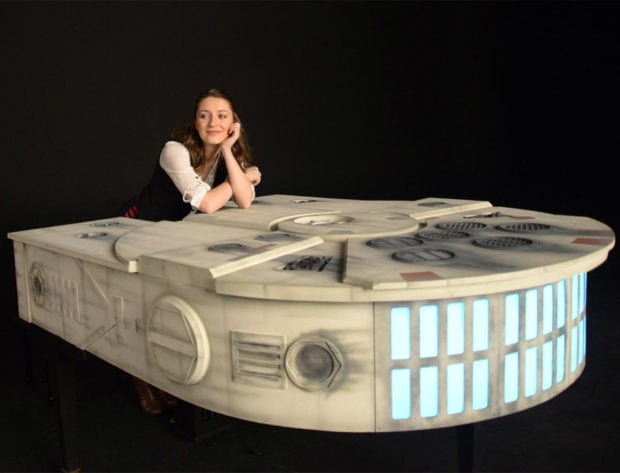 It is currently up for auction on eBay. It has a first bid price of $7,500(USD), and that doesn’t include shipping from L.A. which is sure to cost a small fortune too. I don’t know about you, but I’d rather win it in a card game.

Whoever gets this should put it in a room that looks like a Death Star hanger or the one where Han parked it in on Tatooine.

[via Nerdist via Nerd Approved]