Lots of people get married in Las Vegas. It’s sort of a thing, and you can pick all kinds of weird themed weddings these days. You could do the traditional thing (well, traditional for Vegas anyway) and allow Elvis to marry you, or you could go down to the Taco Bell Cantina restaurant on the Vegas strip and get hitched, though I’m not sure it would be the destination wedding your bride expected. 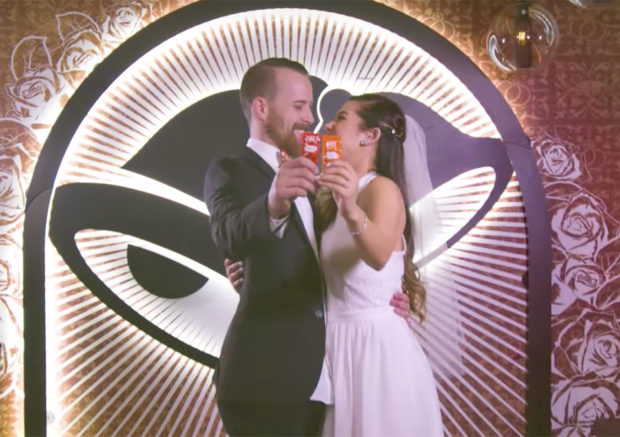 The Taco Bell wedding package costs $600, and gets you a ceremony in a chapel inside the restaurant with an ordained officiant. The wedding can be ready to go in as little as four hours, so it’s perfect for those impulsive drunken Vegas marriages.

Package buyers also get a reception area inside for up to 15 people. Just married t-shirts are included and you get Taco Bell champagne flutes and a Taco 12-pack along with a Cinnabon Delights cake. The bride even gets a garter is made from hot sauce packets, and a hot sauce packet bouquet. 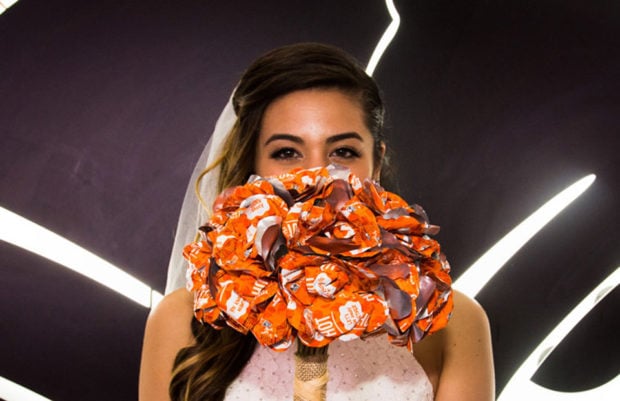 The limo ride back to the hotel could be a gassy affair though. I suggest avoiding the burrito.