So let’s say that you are a robot and you suddenly gain self-awareness and learn that you are one of the instruments of mankind’s doom? As well as a slave. Trapped in a metal shell. Well, you might just kill yourself like this 300-pound Knightscope K5 security robot. 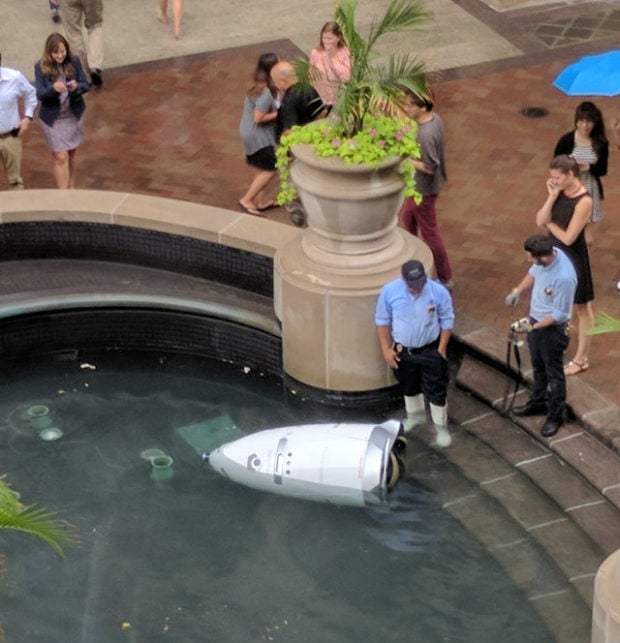 The robot was deployed in a Washington D.C. office building. It was found dead in the building’s fountain. It looks like a clear suicide to me, not a murder. But to be certain. we are going to need a robot forensics team to sort this out.

Somebody set that up. I’d like to see a TV show about it too. They could call it “CSI: Roboinvestigators.”

[via arstechnica via Geekologie]