There are a million and one smartphone stands on the market, but how many of them look like a robot? Not many, I’d venture to guess. But here’s a cool robot phone stand I found from the crazy gadget guys over at Hong Kong outfit Brando. 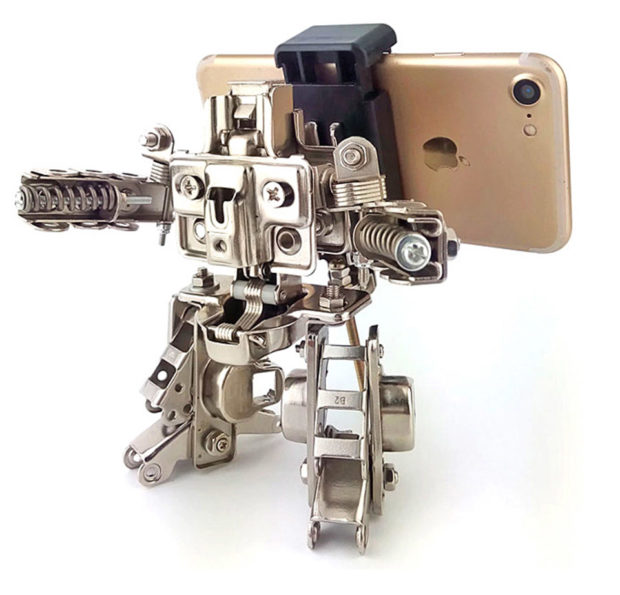 It’s made almost entirely from metal, and holds phones in a horizontal or vertical position on its back. From what I can tell, appears to be made from those hinges that are constantly coming loose on the inside of my cabinets. 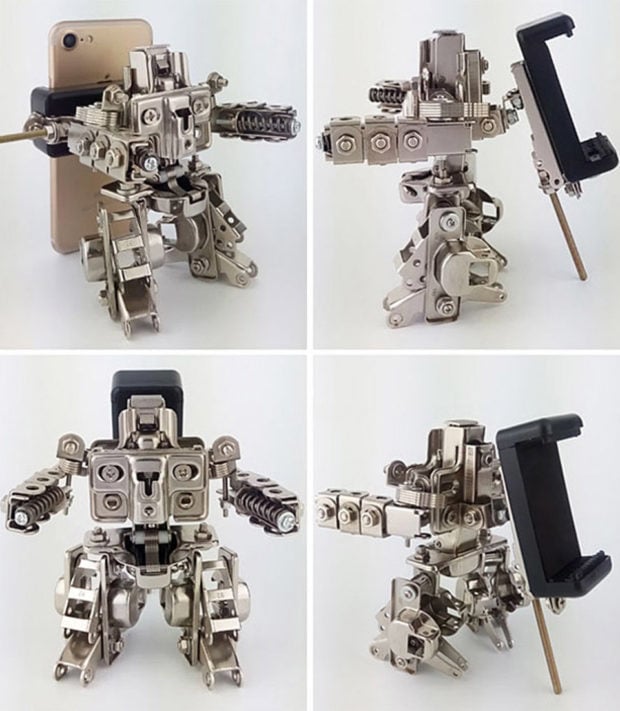 It’s available as a finished robot for $59 (USD), or in kit form for $36. I’m kind of glad it doesn’t have any servos built into it, because I know that it would just end up walking off with my smartphone.