How Star Trails Look from the ISS

If you’re in a dark enough place, and are patient enough to shoot lots of long exposure photos, you can capture some impressive star trail photography right here on Earth. The result are images which basically show the movement of the Earth relative to the stars around us.

During expeditions 30 and 31 on the International Space Station a few years back, astronauts captured a bunch of long exposure images of the stars around them, which were later used to create some beautiful star trail imagery.

In the video below, you can see the star trails as they were captured from the viewpoint of the ISS. It appears that the video’s editor layered multiple long-exposure images into a sort of time-lapse to build up the trails step by step:

It’s a fascinating way to look at space, and the result is some stunning, gallery-worthy imagery. If you want to shoot your own star trails without being launched into orbit, there’s an easy to follow tutorial over on PetaPixel. 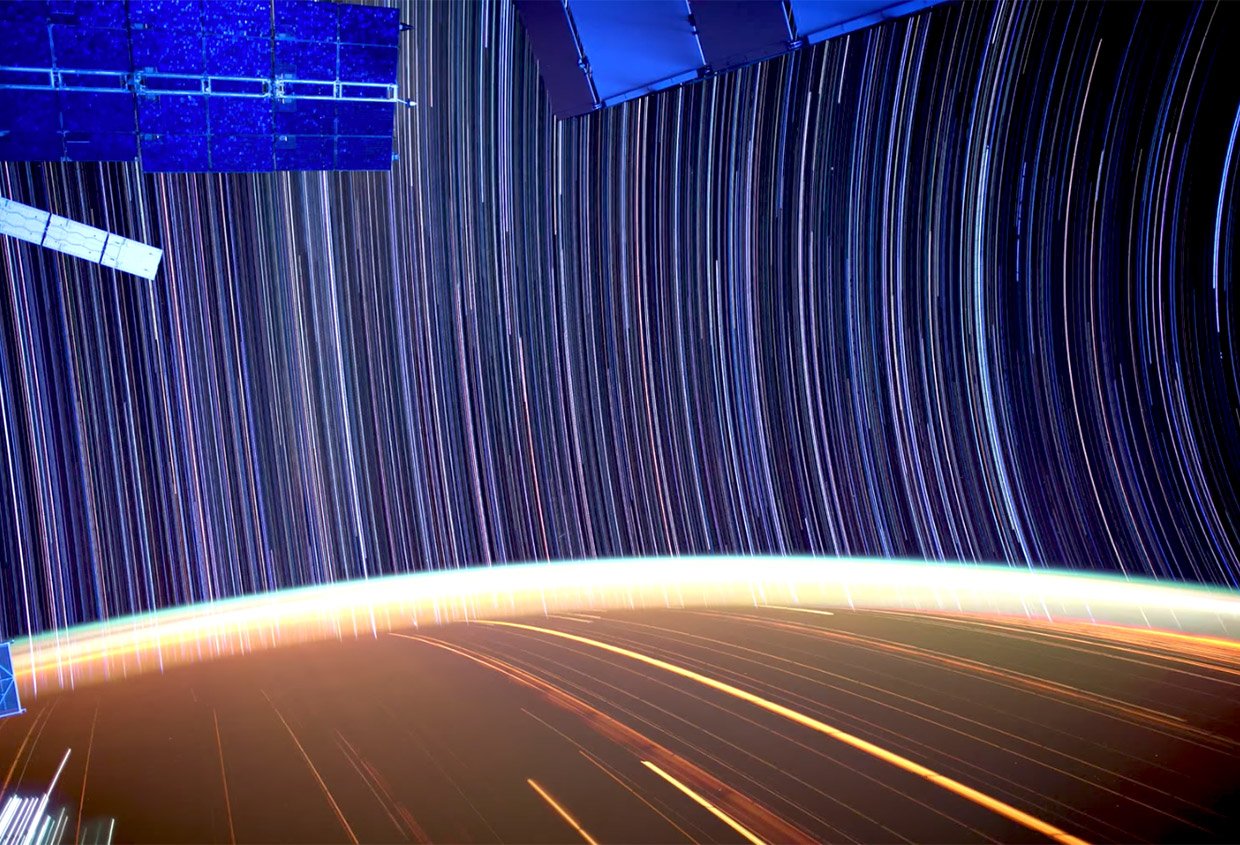