Growing up in the ’80s meant each Christmas I asked for “all the Star Wars toys”… and sadly that never happened. Still, I had lots of that Star Wars stuff down to the sheets, comforter, and curtains in my room. I never had the Luke Skywalker action figure though because it was always sold out. One of my greatest parenting failures is that my daughter thinks the best Star Was Film is Episode III. 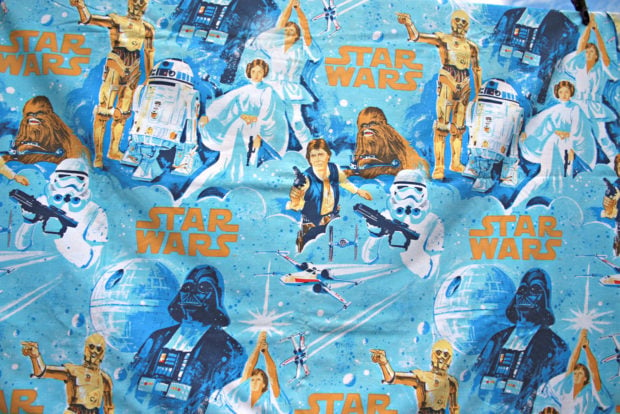 I’m not a huge fan of what has become of Star Wars over the last handful of films, and now with Solo, we’re starting to lose touch with the original actors who defined the franchise. If Disney continues to go where they’re going, it’s possible kids will have no idea who Mark Hamill, Carrie Fisher, and Harrison Ford were.

In this amusing video from School of Dad, Dad is having a tough time convincing his son that Harrison Ford is the one and only Han Solo. Sadly, things don’t go so well when he tries to persuade the kid that Ford is irreplaceable, and the youngster starts to think like a Hollywood executive.

I often wonder how George Lucas feels about what is happening to his iconic franchise. He’s probably just fine sitting on his throne made of stacked $100 bills wearing a Darth Vader mask.