Gigantic Millennium Falcon Drone Has it Where is Counts, Kid. 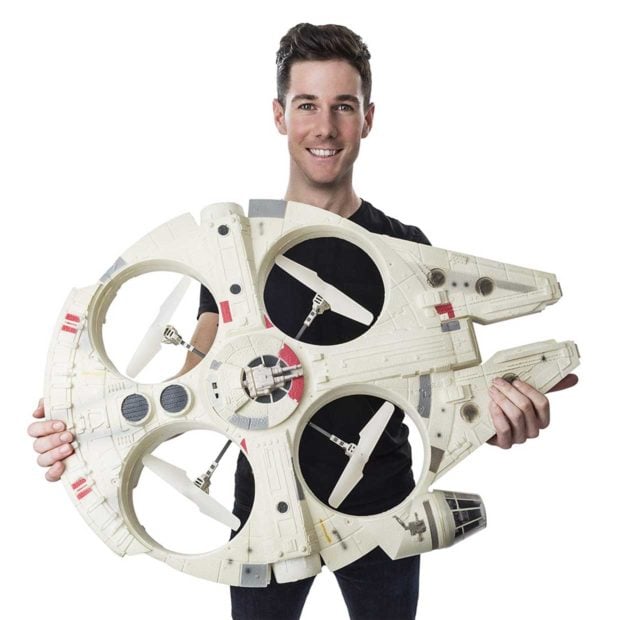 It’s made by Air Hogs and promises to be highly detailed. It measures 27″ x 20″ and is controlled using 2.4 GHz communications for a range of 250 feet. The drone also has two things Han and Chewie’s ship didn’t have: 6-axis gyro stabilization, and a barometric pressure height lock system. I assume that the height lock system keeps it from flying off when you play outdoors. 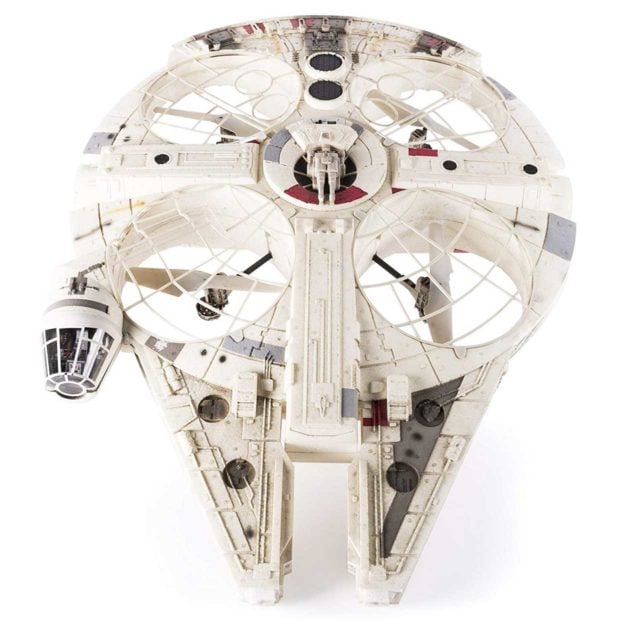 While it does look really cool, most of the reviews out there say that it’s really difficult to fly due to its awkward balancing and aerodynamics. So I wouldn’t expect stable flight here. On the plus side, it’s already deeply discounted from its original $300 price tag, and you can pick on up on Amazon for just over $100. 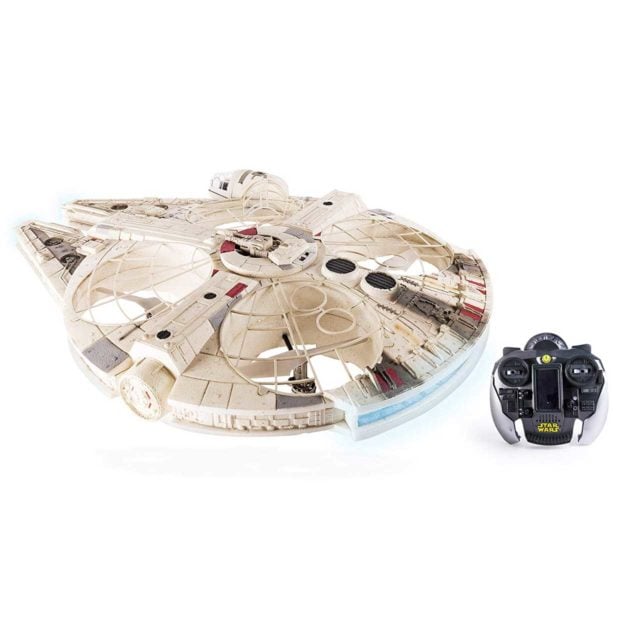