Look what we’ve got here. Is it a new stretched-out flying car? Nope. What you see is a real aircraft fuselage which has now been grounded. It’s part jet, part automobile, all plaything for the wealthy. This crazy stretch limousine was made from an actual Learjet. It goes by the name of Limo-Jet. 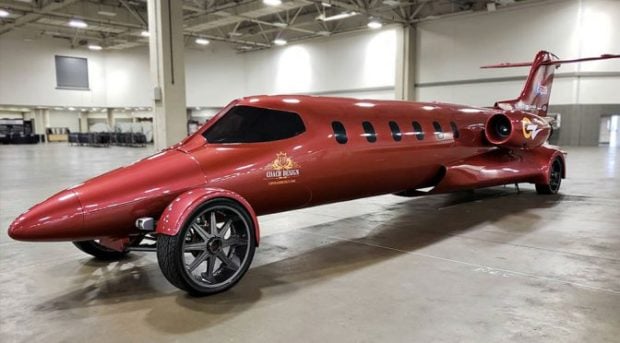 Since it was built on the long, narrow fuselage of an airplane, it had to use an open wheel design, which together with the vertical tail, makes it looks like the ultimate land speed contender. We don’t have much info about what is under the hood, but we do know that it is driven by a small block GM Vortec V8 engine, and its jets sadly no longer work. 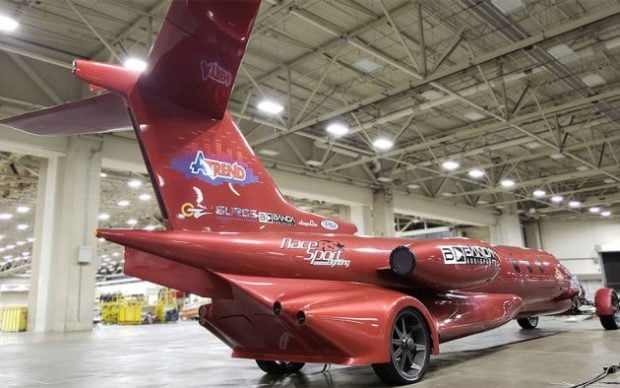 The fuselage needed to be reinforced with steel and a steel chassis was added to make it roadworthy. It also needed a custom suspension and electrical system. 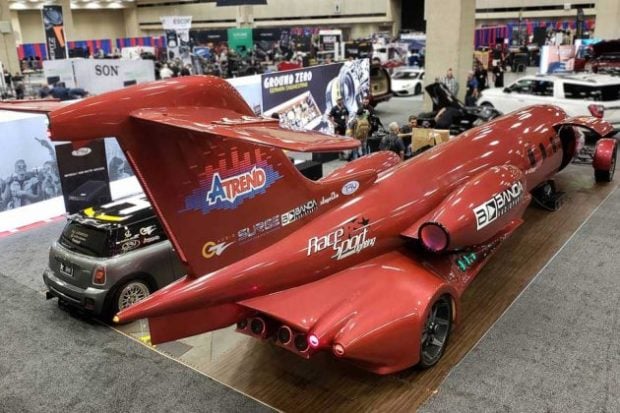 Instead of jets, the engine cowls have LED lights and speakers inside. Yep, this is a party in a plane that flies across the ground. The cabin is also all lit up for a party. It may not be capable of delivering a sonic boom in the skies above, but your party will supply the noise on the road. If you’re lucky, maybe you’ll see this party plane on the road passing you by one day. 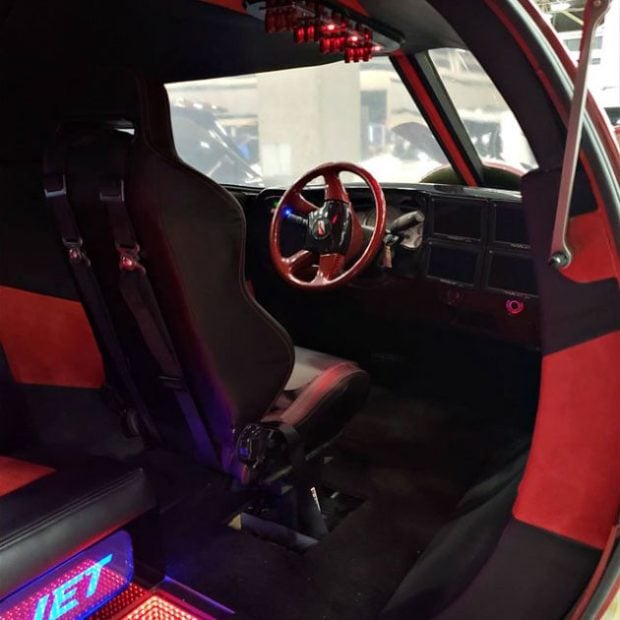 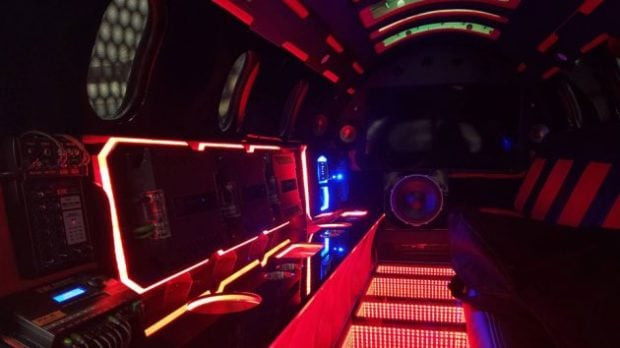 [via Motor1 via Mikeshouts]