I love the look of this cat-sized quadruped from Korean robot builder Bijuo. How did he keep it so trim and sleek? The answer is simple and surprising. The limbs don’t have any motors in them, which is what usually makes robot legs so bulky. This helps it look sleek and more like the skeleton of a real cat. 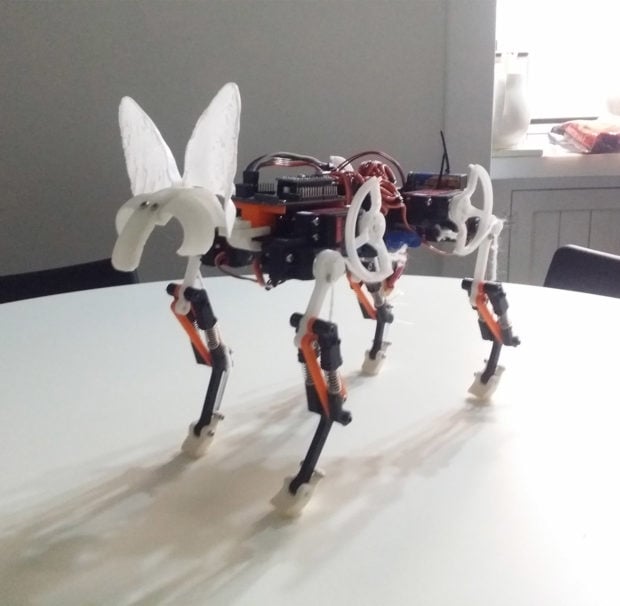 Bijuo’s cat-sized quadruped is called Mini Serval. The motors are housed in the main body. One drives a half-circle pulley while another moves the limb as a whole. A cable works like a tendon to transfer power. And so this robot has light, slim legs that lift and move in a more natural way.

You can see it in motion in the second video where it just walks back and forth. It definitely seems to move better than your typical four-legged robot. Let’s be honest though, they just slapped a plastic cat head on this thing so it would be less terrifying. I wouldn’t think it was cute at all if not for that head.

That is one of the many ways in which scientists trick us into loving that which will kill us. Just thought that was worth mentioning. Bring on the cat robot attacks of the future. 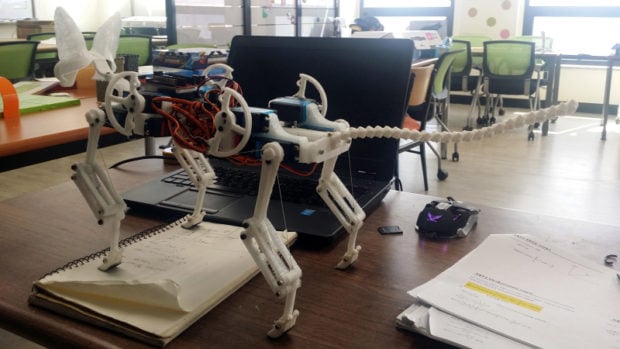 [via Let’s Make Robots via HackADay]