You know those little mouse droids from Star Wars that zipped around the Death Star? I’m not sure what it is, but I’ve always had a soft spot for these droids. They are just cute. Ali of the Potent Printables likes them too, and is building a working mouse droid. 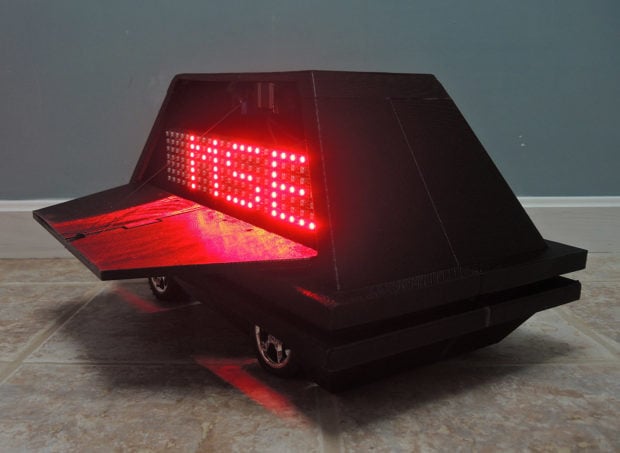 Ali 3D printed much of the droid, and his version even includes a hidden payload feature behind an automated door. That door hides a scrolling LED sign that can display dumb Star Wars jokes or anything else he wants. The design is modular so that other builders can put in different hidden payloads if they want.

Most of the bot is finished already. At this point, he just needs to do some sanding, painting and outer detailing.You can check out some videos of the build progress on Ali’s Youtube channel.

I love that this droid just opens it’s hatch, lays a bad Star Wars joke on you, and then laughs and runs away. It’s kind of a dick, but also a lovable scamp.

Great job Ali. Now build me a Jawa Sandcrawler Roomba that will not only clean my floor, but occasionally stop and have a mini droid sale.