Last week, Robert Downey Jr. revealed that his choice in pod-style coffee makers is Iron Man-themed. Naturally. He probably had it made at Stark Industries. The man’s a billionaire after all. He does what he wants. But wait. Now you can start your day off right with an Iron Man coffee maker on your kitchen counter too. 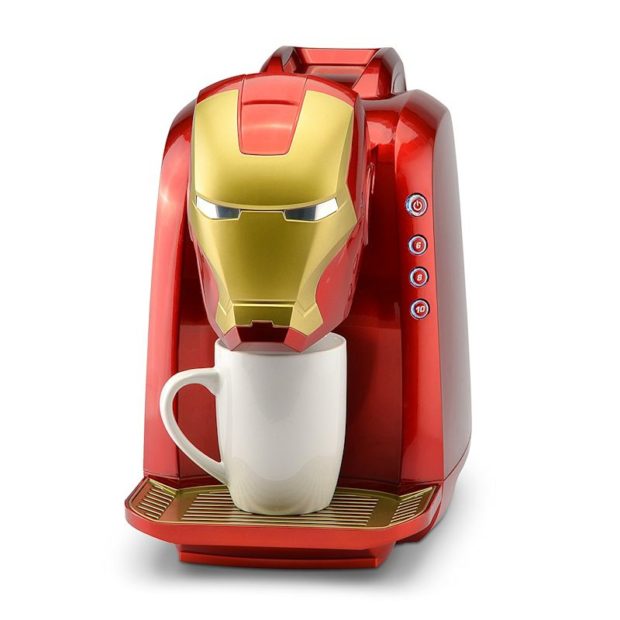 I thought that Iron Man’s armor already did it all, but now we can add making coffee to the long list of capabilities. The single-serving coffee maker can brew 6, 8 or 10 ounces at a time, and it has a 40 ounce removable water tank. If you need to fit taller mugs underneath, you can remove the drip tray. It also has a ground coffee adapter to brew your favorite blend when you don’t want to use Keurig pods. Sounds just as versatile as the Iron Man suit when it comes to java. 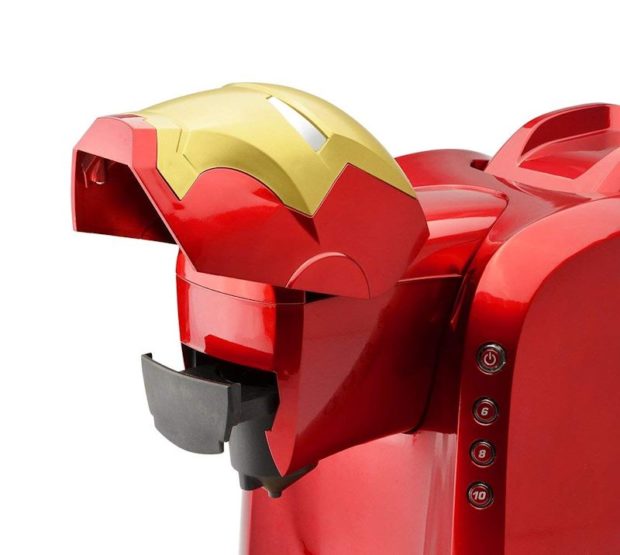 You can’t be an Iron Man without an iron cup of coffee. Or… Something like that. I don’t know about you, but I always wanted an Iron Man head that dispenses drinks on my kitchen counter. I’m also looking forward to a Wonder Woman juicer and a Captain America toaster oven.

The Iron Man single-serving coffee maker is available at Amazon for $129.99 with free shipping.

Never too early to start the holiday wish list.