Superman The Movie to get 4K UHD Blu-Ray Update

Growing up, one of my favorite movies was Superman The Movie. Christopher Reeve will always be Superman to me, just as Roger Moore will always be 007. I’ve tried to watch the flick when it came on TV a few times, but I just can’t stand the blurry and crappy picture the movie has compared to films of today.

If you feel the same way, there’s some good news. Superman The Movie is getting the Blu-Ray treatment compete with 4K resolution and Dolby Vision HDR. Audiophiles will love the upgraded Dolby Atmos sound too. 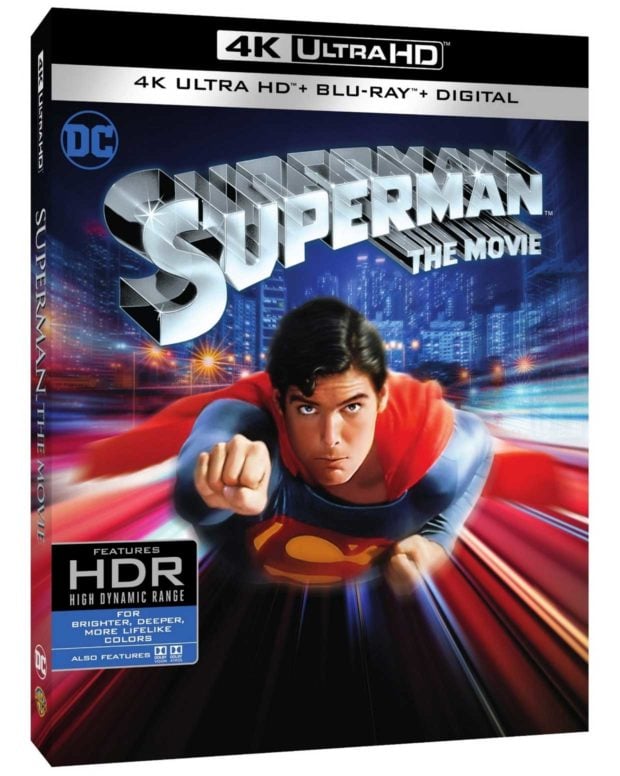 The Ultra HD Blu-Ray combo pack includes the digital version and will sell for $41.99. An all-digital version will be offered as well. This was the superhero flick that pretty much started it all for most ’80s kids – this and Flash Gordon. I hope the other Christopher Reeve Superman flicks get remastered for 4K soon too.