Back in the day when all the kids were talking about was the original trilogy, entire aisles of stores were filled with Star Wars action figures in black packages adorned with Kenner logos. This Rey action figure from The Last Jedi looks a lot like those original toys. 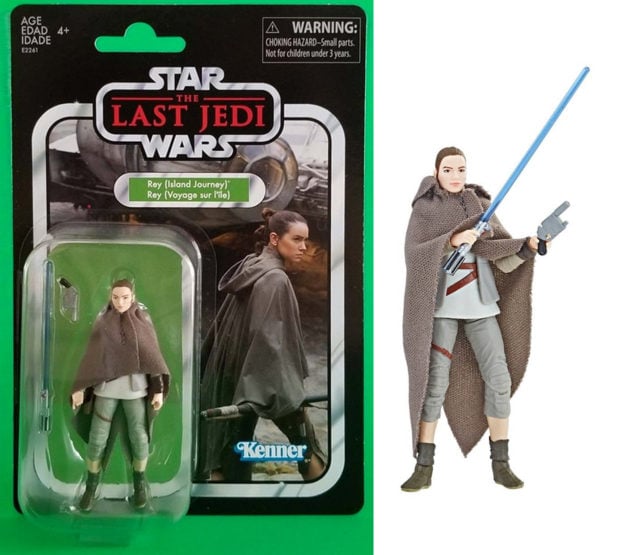 Like the originals, the action figure measures 3.75-inches tall and shows Rey as she looked in the new movies during her Jedi training. It comes with two accessories for her to hold – a blue lightsaber, and a blaster.

The figure was originally available exclusively through Walmart, but can be ordered from Entertainment Earth now for $13.99 for delivery in November. That much money would have bought five of the classic Kenner action figures back in the day, and you would have had enough money left over to buy an Orange Julius in the mall.