Star Wars Darth Vader Clapper: Turn on Your Lights with the Dark Side

Clap on, clap off. The Clapper! The Clapper was a pretty cheesy 80s invention that allowed you to turn your lights on and off by clapping. I’m guessing it hasn’t sold so well in recent years. How do we cure this? With a Darth Vader version of the clapper, obviously. Now Star Wars fans can use the power of The Dark Side to turn their lights on and off. 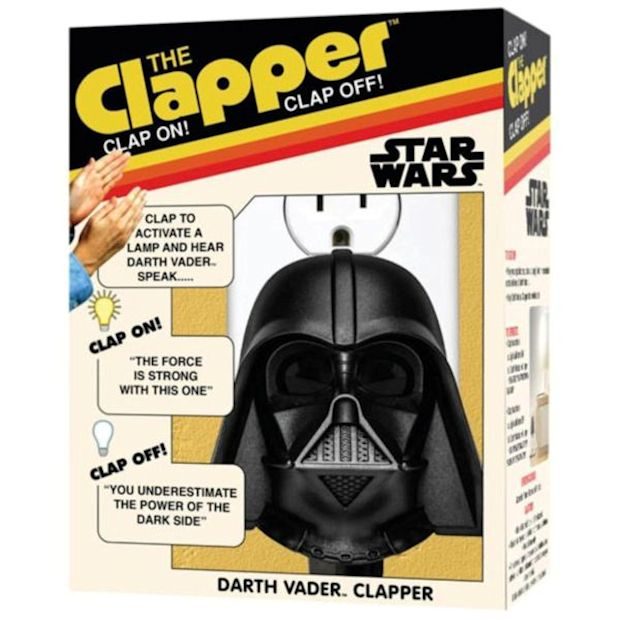 Force clapping (aka regular clapping) can now control your lights, and every time you use it you will hear the voice of Darth Vader. Clap on and he says “The Force is strong with this one.” Clap off and he says “You underestimate the power of the Dark Side.”

No worries about accidentally turning your lights off and on at the end of The Last Jedi when you and your friends applaud like crazy. That has never happened anywhere that I’m aware of. Just be careful when watching other movies that you don’t clap and turn the lights out.

This is a must for any geek who loves Vader and the original trilogy as much as I do. You can pre-order yours now from Entertainment Earth for $29.99, with shipments starting in November 2018.