Sony’s robot dogs have always been popular. The company has a new Aibo that is already out in Japan, so if you are interested in buying one, you might want to know what makes them tick. If so, here’s a gruesome teardown of an Aibo ERS-1000, courtesy of Japanese website Robot Start. 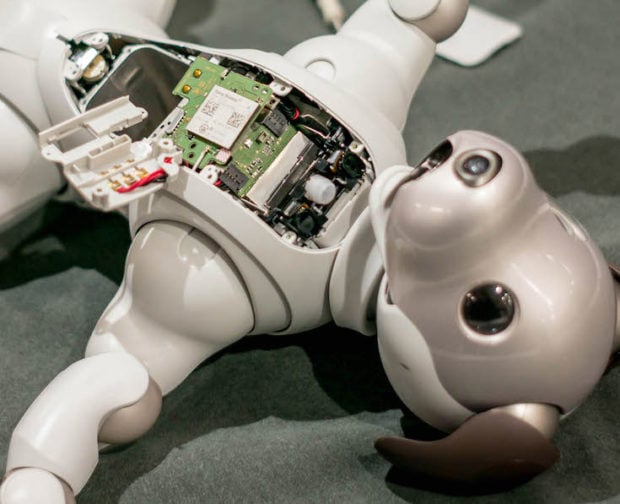 As you can see, this is a pretty complex pup, loaded with circuit boards, servo motors, and sensors. It is even equipped with 4G LTE and 802.11 b/g/n WiFi that connect to Sony’s servers for deep learning, and can download new behaviors automatically if you have a subscription. 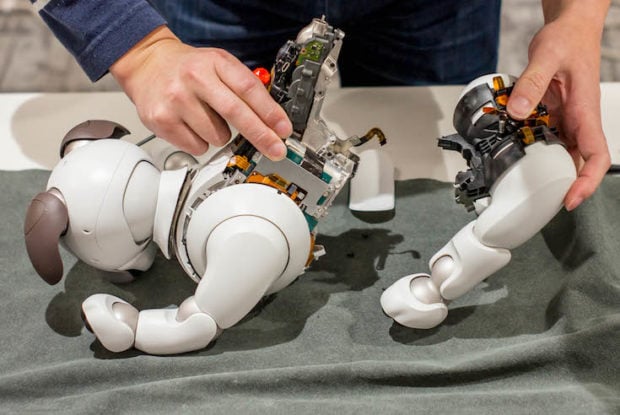 Behind those cute robot puppy dog eyes you’ll find some square full color OLED screens. A pressure-sensitive capacitive touch sensor wraps around to the top of the head, as well as under its chin so it can react to your petting. The robomutt also has a fish-eye camera in its snout that can identify faces and help it navigate. 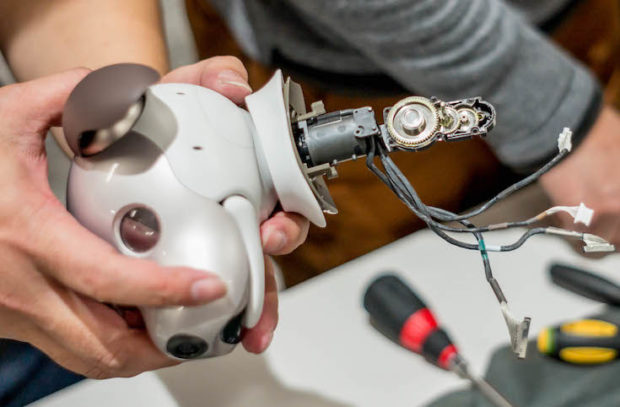 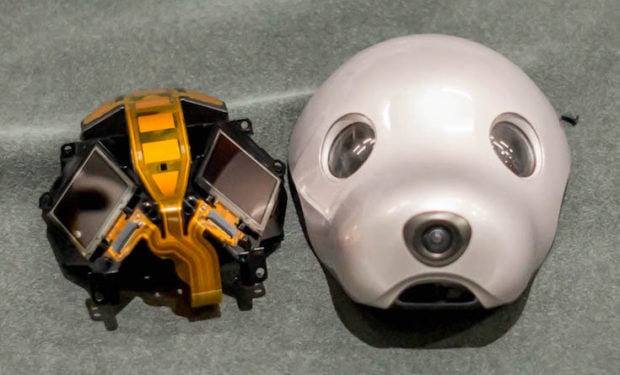 It’s pretty amazing seeing all that goes into these dogs, and we can only speculate that five years from now they could be a lot more lifelike with even more features. Be sure to head over to Robot Start to see the brutal step-by-step teardown. 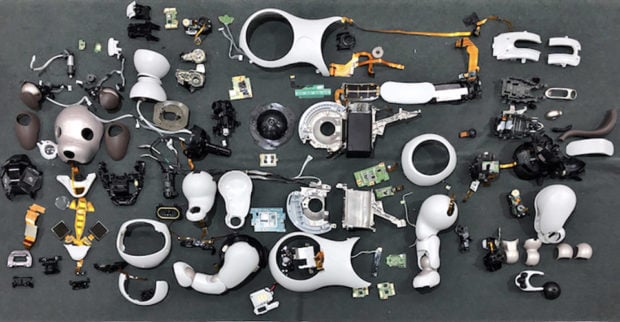