You know Tiffany & Co? They’re the ones that make all the expensive jewelry and accessories for rich people. I’m pretty sure that you and I aren’t even allowed to utter their name aloud unless our bank account hits a certain threshold. Well, now they are getting into the rich spoiled brat market with Tiffany sterling silver building blocks. Think of them as luxury LEGO. 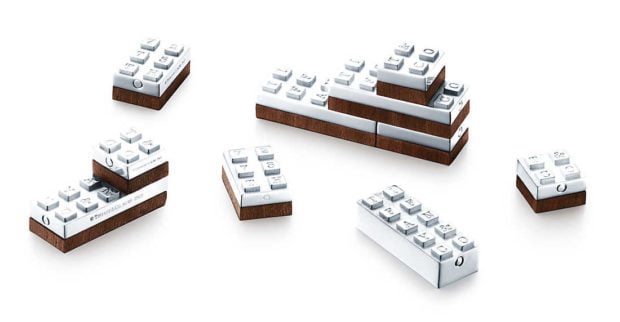 These deluxe building blocks are not actually toys. We think. They look like the toy bricks we all know and love, but instead of round studs, these ones have square studs and are made of sterling silver and American walnut. 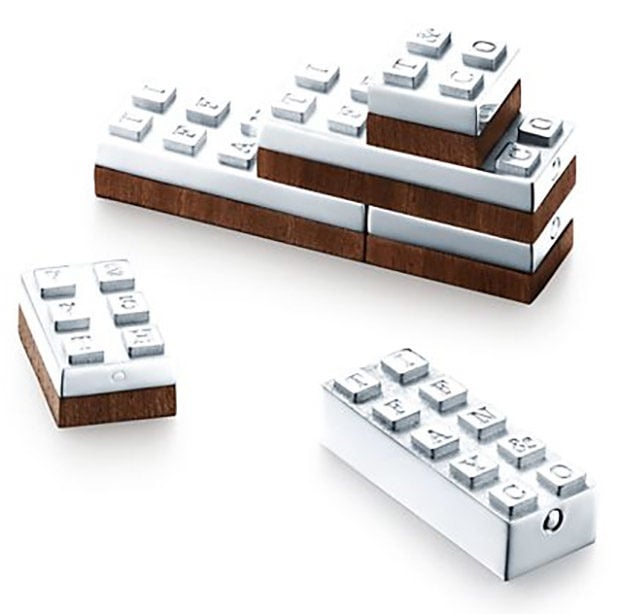 They are numbered and lettered and you can personalize them with an engraving of up to three letters as well. That costs an extra $25 ,which is nothing to anyone who is buying sterling silver LEGO blocks. Damn rich kids and their gleaming silver structures!

[via The Sun via Mike Shouts]