This Finned Robot Can Maneuver Over Land and Through Water

Scientists often use nature as a guide when creating new robots, making machines that mimic the behavior and movements of animals. But if you are copying a fish, that won’t do any good on land. Just like a robot based on a lizard won’t do you any good in the water. So why not build a bot with the best of both worlds? 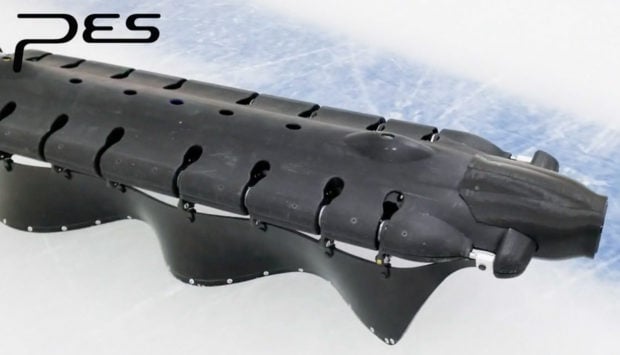 This unique amphibious robot was created by an engineering firm called Pliant Energy Systems, and has a pair of long, flexible fins powered by eight actuators. These fins let it travel across land-based and through water environments with ease.

While on land, the fins of the Velox robot are like treads, allowing the robot to easily take on all kinds of difficult terrain -even ice. In water, the fins mimic that of a fish, moving through the water like a stingray. The robot can also handle snow and sand, by combining both movement sets.

Right now the robot is a prototype, but I think we can expect to see more of this drivetrain system in the future, maybe even in future vehicles for both land and sea.

[via New Atlas via Gizmodo]