Retro games are hot right now with all sorts of devices out there from Nintendo, Sony, and others. Check out this miniature version of Galaxian from My Arcade. 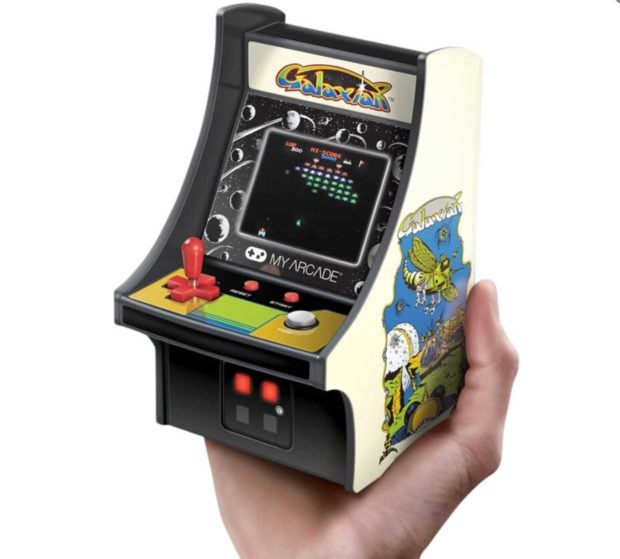 The Handheld Galaxian arcade cabinet is about 6.75″ tall and has a 2.75″ LCD screen. The cabinet artwork is inspired by the original full-size arcade cabinet of yore. The system has integrated audio, with sound effects from the original game. It has a D-pad with a joystick in the center moves your ship side to side, while a button on the right side shoots your weapons. 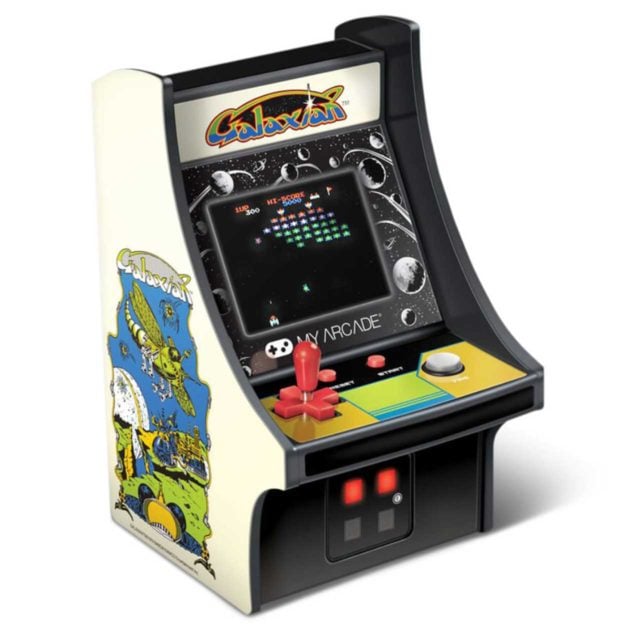 It’s powered by four AA batteries or a microUSB cable so you can play it anywhere. The Handheld Galaxian Arcade game is $39.99 on Amazon. You can also get mini versions of Galaga, BurgerTime, and CaveMan Ninja: Joe & Mac.