Man, what the hell is wrong is people today? The poop games for kids phenomenon just keeps right on trucking with Flushin’ Frenzy. Seriously, what toy exec says, “Just let them play with poop!”? I mean, I guess I would say that, but still. 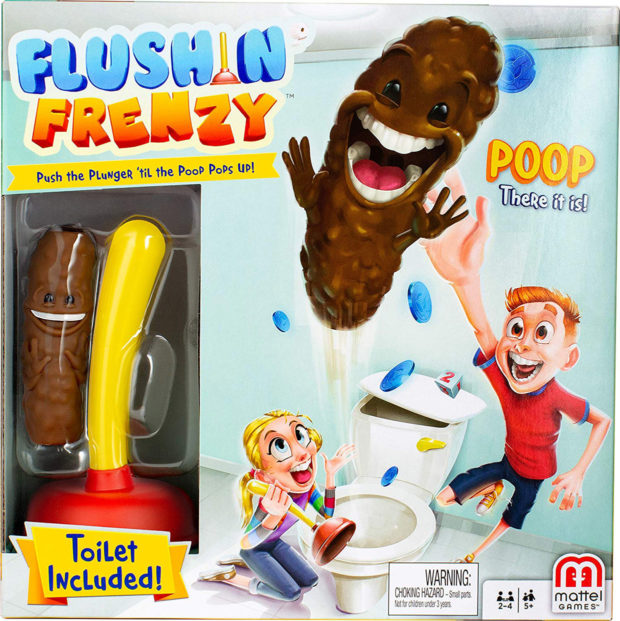 The objective of the game is simple. Just push the flush lever to roll the die and that will determine how many times you have to plunge the toilet. After that, you try to catch the anthropomorphic turd as it launches out the back of the tank. Yes, for real. This is a thing that is in the world. The player to catch the poop wins a token, or two tokens if they catch it in mid-air. Yep, so we are rewarding kids for touching poop with their bare hands. This game should have been called Fecal Frenzy. 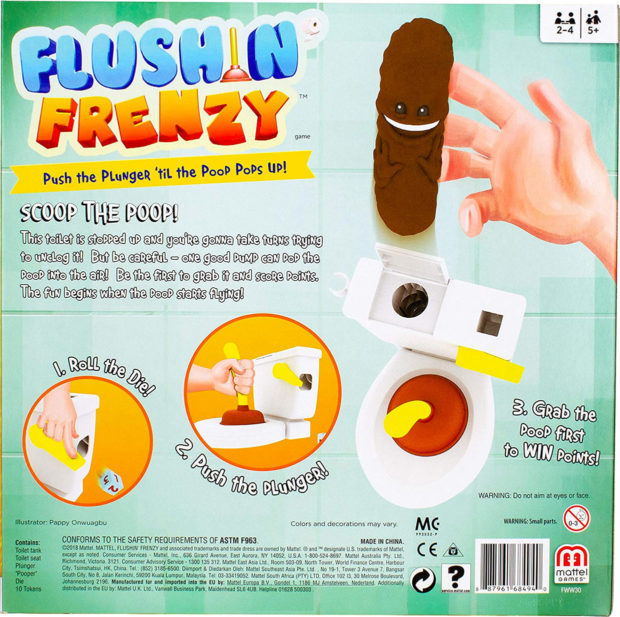 No kidding. Don’t let your kid choke on a piece of poop with a smile on it. Don’t be that guy. Don’t let your kid play with this degenerate nonsense. The Flushin’ Frenzy game will cost you $13 on Amazon if you want your child to be the weird kid on the block. 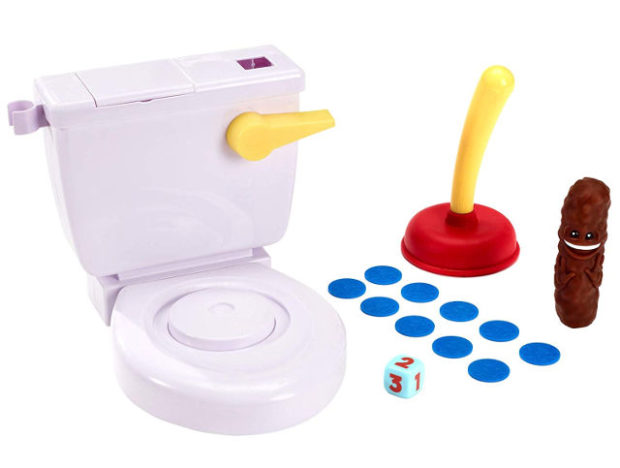