Yeah, I know Spring is just around the corner, so why the heck am I talking about thick, furry gloves? Well, like they say on Game of Thrones, “Winter is coming.” It’s true. It is… someday. So why not be prepared for the cold that’s bound to arrive eventually, and pick up some of these awesome – er, pawsome, Faux Paws. 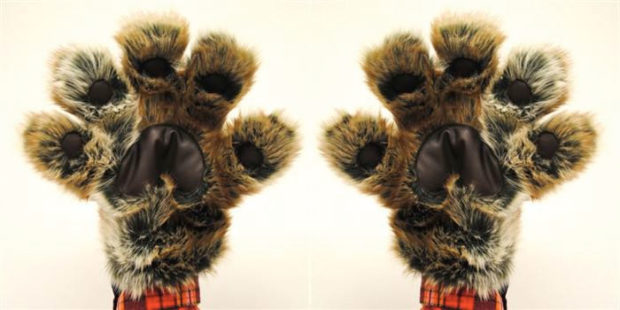 You get a pack of two faux fur gloves which look a whole lot like bear paws. I know they do because I saw The Revenant. Of course, these ones don’t have claws on them, so you’re not going to end up ripping the flesh from anyone’s scalp with these on.

According to their maker, Toddland, they were tested on “real fake bears,” so you know they’re good. You can get your grubby little mitts on a pair of these bear hands for $28 now. They’re bound to go up the closer we get to wintertime, so grab a pair now.