One of the more exciting parts the final season of Game of Thrones so far has been Jon Snow riding on a dragon. Before you get mad about spoilers just realize, the name of this toy itself is a spoiler, so don’t blame me. You literally have to stay off the internet if you aren’t caught up. 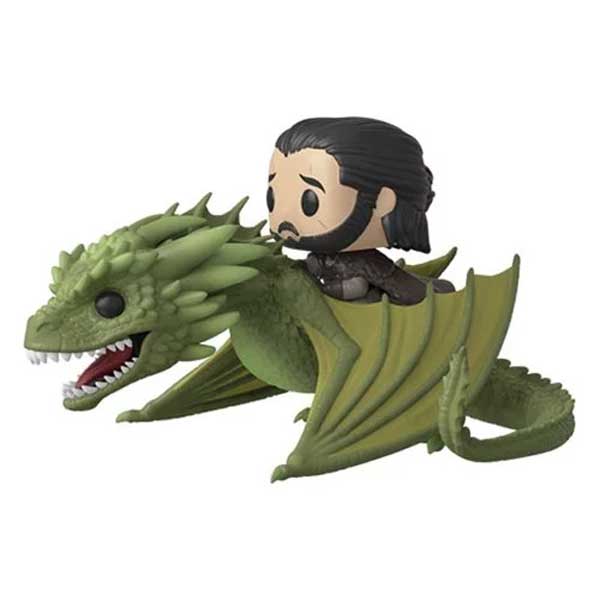 The Funko POP! figure has Snow mounted up on Rhaegal, complete with a frowny face. I assume the frown is because the dragon has lots of stabby bits, and is really hard to hang onto. Though death from falling off a dragon might be better than joining the zombie army.

The figure is up for preorder at Entertainment Earth right now for $29.99. It will ship starting this November.