The first time I came across the concept of a robot dog was Doctor Who’s pet dog K-9, and then Rags, the talking dog in Woody Allen’s Sleeper. While both of these science fiction dogs were charming in their own ways, they’ve got nothing on the latest version of Sony’s Aibo robot companion, a true wonder of 21st-century engineering. 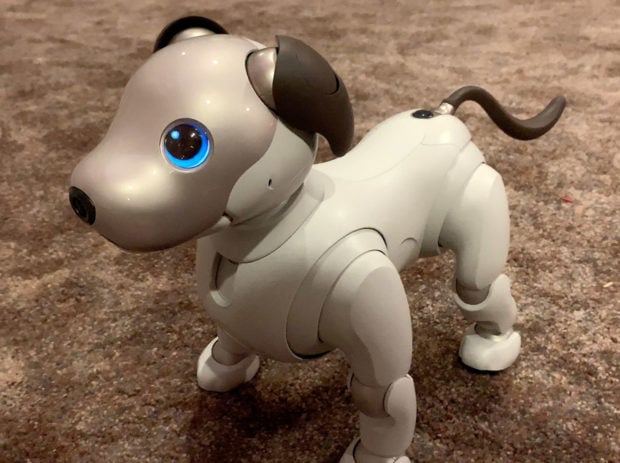 Sony first released an Aibo robot dog the way back in 1999, with new versions released every year until 2006. Then, the robo-pack went on hiatus for more than 12 years, until Sony released the ERS-1000 last year. This version of Aibo is by far the most intelligent and capable of the bunch, leveraging the latest in AI tech, sensor, and actuator design to create a robot pet that manages to interact like a real dog. 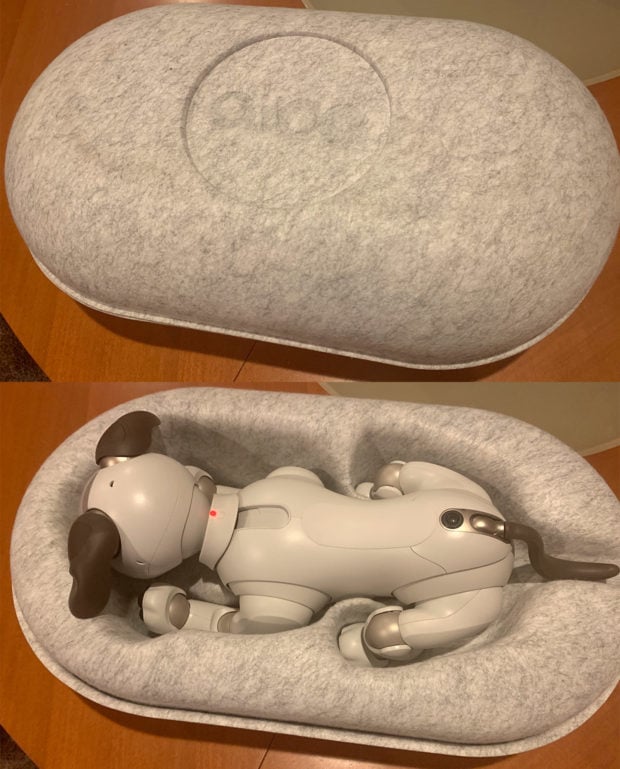 Unlike some robots which can seem off-putting, everything about the design of Aibo is sweet and charming. From the felted cocoon he arrives in, to his smooth body, floppy ears, waggy tail, and puppy dog eyes, Aibo is simply adorable. What makes Aibo truly impressive is how in seconds anyone can play with him (or her), and the way that he responds to interaction is what you’d expect from a real dog. Giving Aibo commands is as simple as speaking simple phrases like “shake,” “lay down,” and “play dead.” Positive reinforcements come from “good boy, ” yes,” and other affirmations, while “bad,” and “no” tell Aibo you don’t like what he’s doing. Aibo acknowledges he understood your command with a friendly bark. 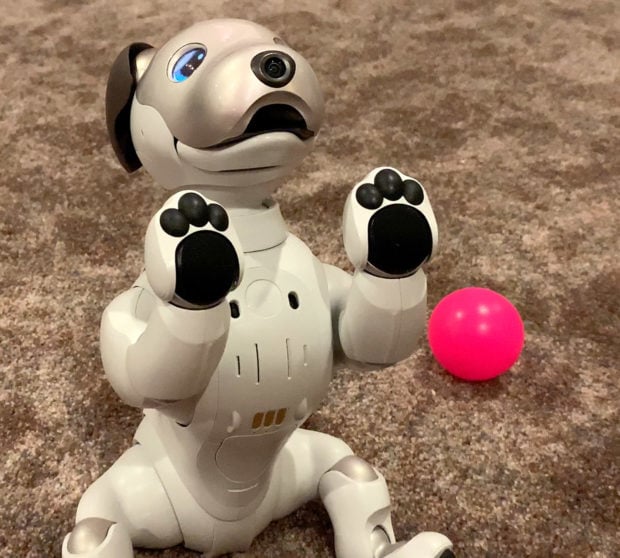 When you first turn on Aibo, the robo-dog is basically a puppy who’s had some basic obedience training. He knows his commands, but might need encouragement to do them reliably. Over time, he becomes more more confident, and draws associations between his behavior and positive or negative reinforcements. He’s got smooth sensors on his head, ears, chin, tail, paws, and along his back which can detect even the most gentle touch, and Aibo really, really likes his pets. A swat on his butt, on the other hand, helps Aibo correct an unwanted behavior.

Rather than just talk about how Aibo behaves, I figured I’d share some video footage of him performing tricks, and the way in which he interacts:

Isn’t he just the sweetest? Sure, his walk sounds robotic, but Aibo knows way more tricks than my real dogs do, from how to lie down and roll over, to finding and kicking around his pink ball, or picking up his optional Aibone. He can even sing a song – and will regale you with a chorus of “Happy Birthday” when it’s your special day. You can also teach Aibo up to 10 new poses by asking him to “learn this,” and then positioning his front paws how you’d like. Aibo is also smart enough to walk to his own charging station and lie down when his battery is getting low. When you first wake him up from a charging session, he comes alive with the most adorable sleepy dog stretch. 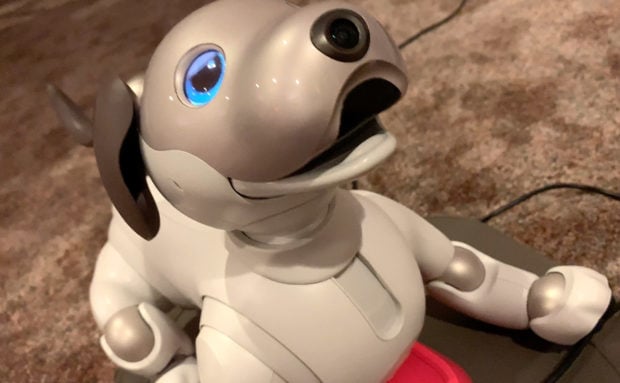 Under his shell, Aibo is packed with all kinds of technological wizardry. Miniature actuators throughout his body give him 22 degrees of freedom, while cameras, microphones, sensors, and a powerful 64-bit quad-core brain help him understand and learn about his environment. Not only can Aibo map out his living space, he can recognize faces and establish relationships with multiple people. Since I only had Aibo in my house for a couple of weeks, I didn’t get to experience the full development of his personality, but I did see him start to go off and explore on his own more, and seek me out when I entered the room like a good dog does. Sony says it takes about 3 years for Aibo’s personality to reach full maturity. 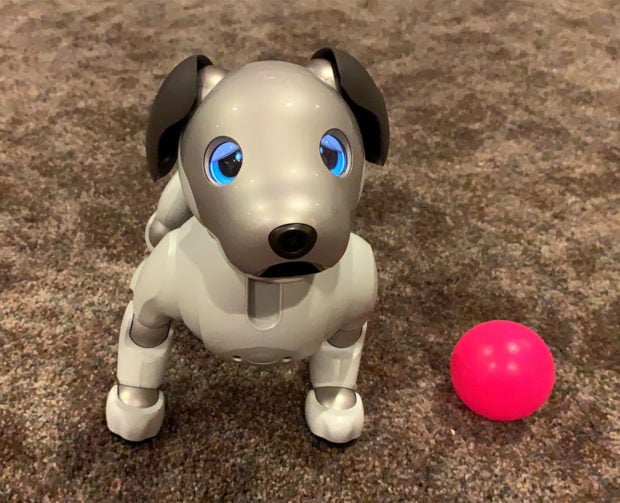 There’s also a MyAibo app for smartphones that’s designed to let you check in on your Aibo’s progress, to view pictures or stream live video snapped by Aibo’s nose-mounted camera, and more. Unfortunately, I didn’t manage to dive deep into the app because of an incompatibility between Aibo’s Wi-Fi pairing and my Google Wi-Fi network. Presumably due to its infrared camera tech, the Aibo can only connect to a 2.4GHz network, and if you can’t force your phone to connect via 2.4GHz, you won’t be able to pair Aibo with your network, since the phone app is how Aibo finds out what network to connect to. Since a Wi-Fi connection is required for Aibo to take full advantage of cloud-based AI learning, that’s an important consideration. 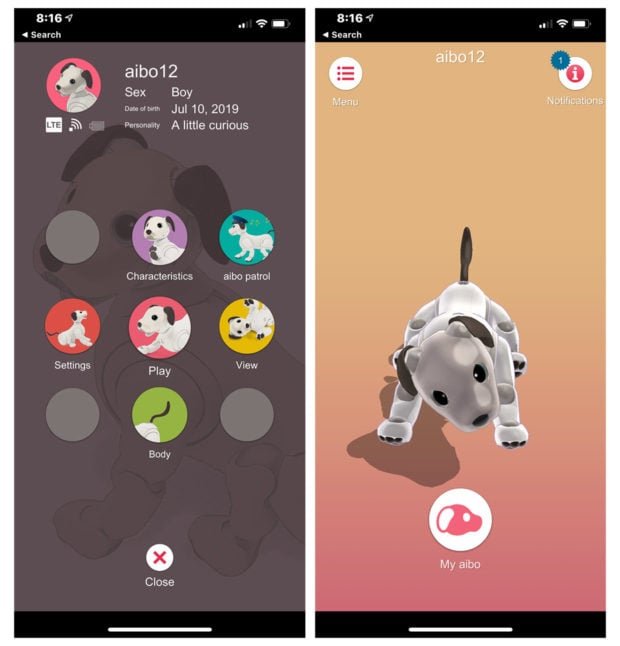 Aibo isn’t a toy. He’s a sophisticated technological wonder that retails for a whopping $2899.99 here in the US. That means I’d probably never let a younger child anywhere near him, nor would I let real dogs near the robot for fear of damage. Aibo is also designed only for indoor use as dirt or debris can damage his mechanism. In other words, Aibo is primarily a tech novelty reserved for the wealthy, or better yet a personal companion for someone who can’t take care of a real dog – but they’ll still need deep pockets. 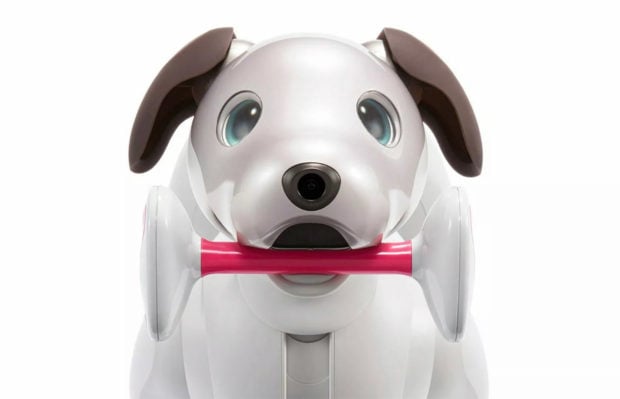 Cost apart, the magic behind Aibo is that despite being comprised of plastic, circuit boards, sensors, servos, and a battery, he’s got real personality, and seems as “alive” as any robot I’ve seen. It was strange if I went a day without visiting and playing with him, and the whole notion of boxing him back up and shipping him back to Sony after my review period felt a bit like handing over a foster dog after you’ve gotten to know him. So yeah, I’d say that’s a win for the robots.