If you’ve ever been to a data center, you know they’re ice cold rooms filled with racks upon racks of computer and networking equipment, and neatly bolted into 19″ wide server racks. Most of those servers are made from steel and/or aluminum components. Despite having spent way more than my share of time amongst said server racks, I can say with 100% certainty that I’ve never seen a server made from LEGO, until now. 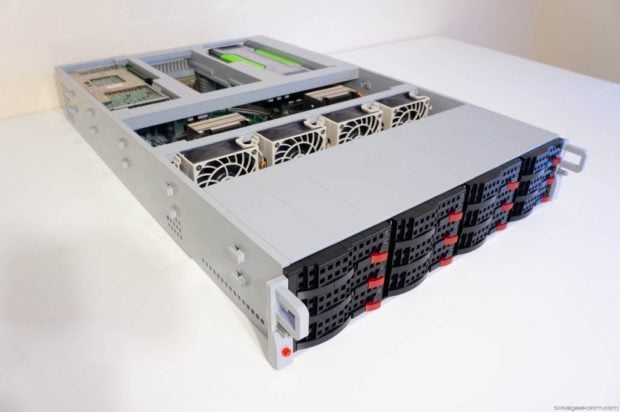 This awesome 2U rack-mount server was created by custom computer builder and LEGO expert Mike Schropp of Total Geekdom. Not only does it look exactly like the Silicon Mechanics server that it’s based on, but it contains a fully-functional server inside, using the hardware from the actual server that inspired the design. 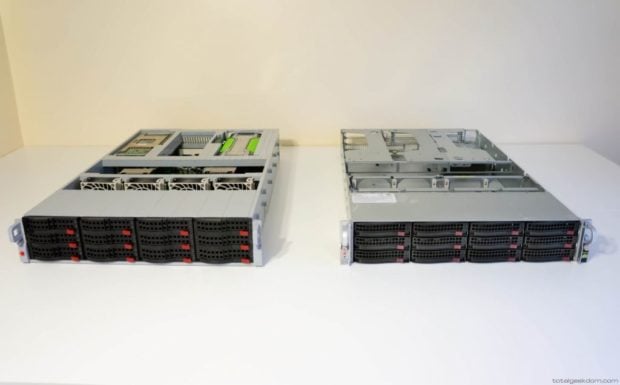 It took Mike over 2000 LEGO and Technic parts to replicate the server enclosure, which has a number of overlapping plates in its base in order to support the weight of all of its components. He also used holes in some of the Technic pieces to provide mounting points for screws and mounting hardware to pass through and secure the electronics inside.

It also took some real creativity to replicate the look of the curved faces on the removable hard drive units up front, but the end result is spot on. In fact, I think it looks better than the real server. 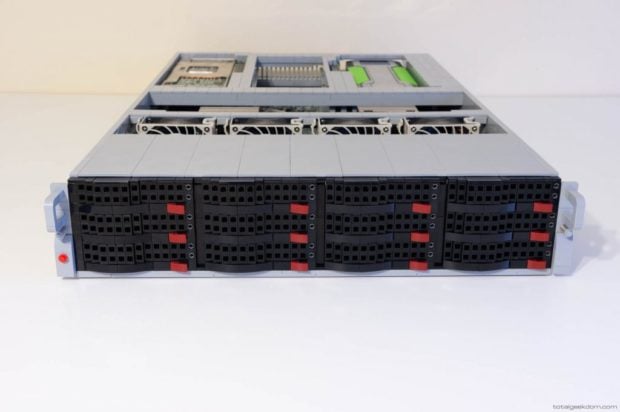 For more pictures and info about this amazing build, head on over to Total Geekdom for all the details! While you’re there, be sure to check out his other sweet LEGO computer builds.