Until I saw this picture, I wanted one of those Big Ass Fans to hang on my ceiling. But now that I’ve seen this awesome Star Wars fan – made by a Star Wars fan, I want one of these instead.

Redditor Marcus Nery shared this sweet fan which features X-Wing fighter wings for its fan blades, and R2-D2’s domed lid hanging down underneath. It’s even got illuminated eyes, or whatever you call those lights on a droid’s noggin. 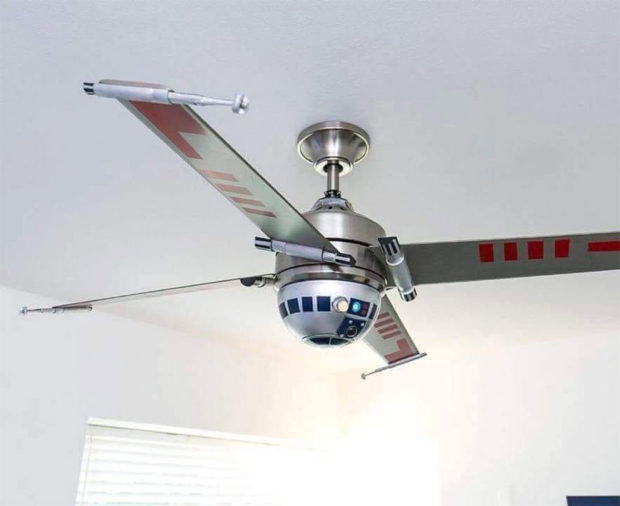 Sadly, you can’t go to the local Home Depot and buy one of these, but you could certainly copy the idea. Just gotta make sure you keep those fan blades perfectly balanced, or there could be trouble. So now what I really want is a Big Ass Fan Star Wars Edition.