NEC’s Flying Car Is a Giant Drone for Humans

If you grew up any time in the latter half of the 20th century or later, you’ve been promised that flying cars (and personal jetpacks) would someday take to the skies on a regular basis. While there certainly have been a number of concepts and prototypes over the years, living like the Jetsons has yet to materialize.

Japanese technology company NEC hopes that someday this could change, and has been testing a flying car that looks like a gigantic drone. 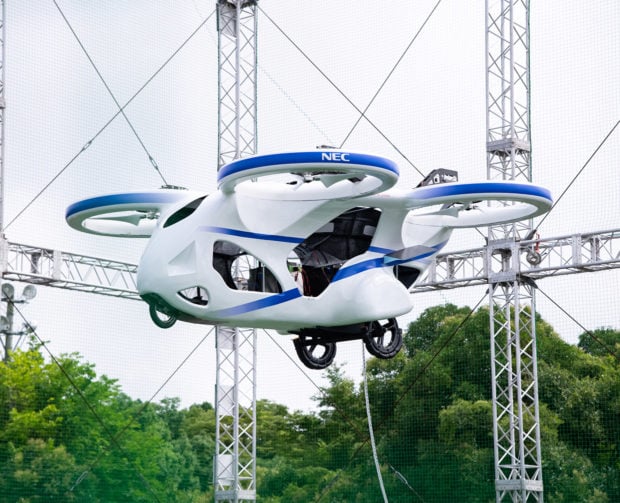 The prototype currently hovers only about 10 feet above the ground, and is being tested on a tether for safety purposes. The video below shows off a test of the vehicle, which is at once impressive and terrifying:

As its four giant rotors spin up, I can only think about all of the awful things that could happen if you got any body parts anywhere near one, especially since they sit at about neck or upper chest height for an average height person. Then, they need to figure out the small challenge of battery life for its electric motors.

Still, the idea of autonomous flying cars that just carry you magically over the traffic below is highly appealing.

NEC has announced plans to produce this flying vehicle, but is using the prototype as a test platform for future technologies.