This Nintendo Switch TV Has a 65-Inch Screen

Look at this crazy thing. Some super Nintendo fan has gone and turned this 65 inch TV into a giant Nintendo Switch. He goes by the name Suprman9. This Nintendo fanatic has created what he calls “Nerdvana”. A gaming room that has a Superman arcade machine, Mario emerging from a warp pipe, a cool mural and all kinds of nerd decor that we love. 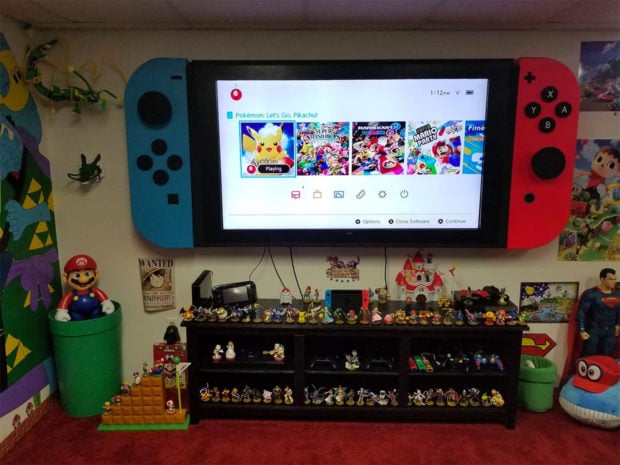 The best thing in this nerd sanctuary, however, is the giant Nintendo Switch on the wall. Wait. What now? Yeah, that’s right. There’s a giant Switch that used to be just a plain old 65 inch TV. Come on I know you couldn’t have missed that thing sitting on the wall. It’s the centerpiece of the whole room. 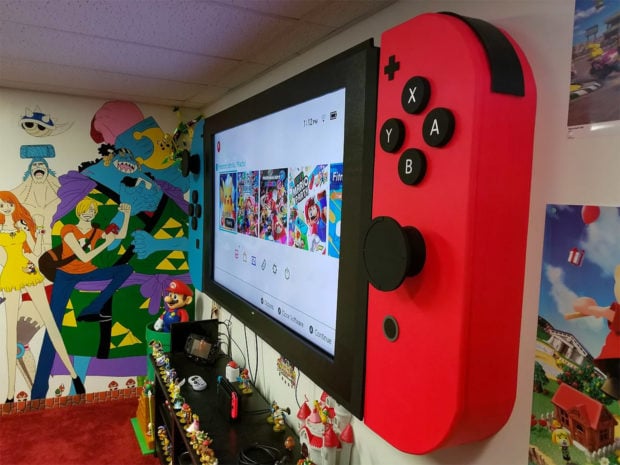 So just how did he make this epic geek masterpiece? Supes shares how he did it over on his website. 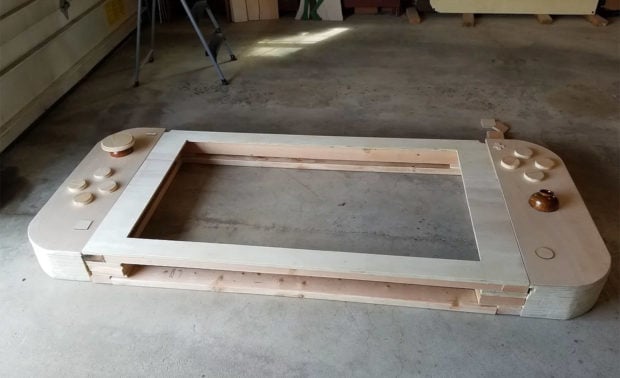 It took a lot of wood and paint to make those giant joy-cons, but it was all worth it. It’s the highlight of the ultimate game room; one where Xbox and Sony consoles are probably still welcomed, but feel very outranked and out of place. 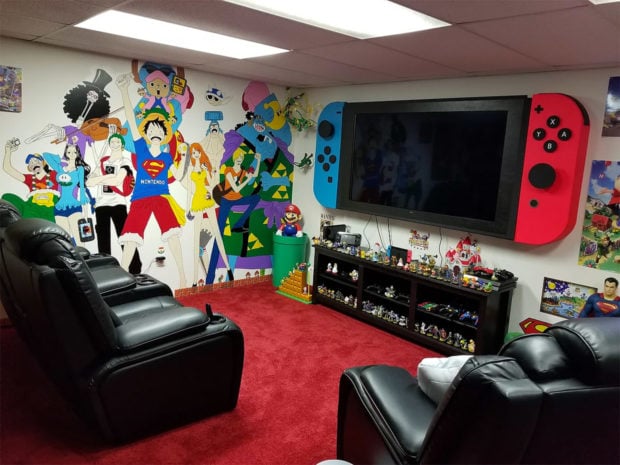 I wish I had a game room like this one. This guy really did an amazing job. That thing looks awesome. Though it’s gonna be a real pain taking those joy-cons down and putting them together. Just saying.