Despite the fact that they’re not actually potato chips, but are some kind of smooshed up potato mush, Pringles are still pretty tasty. As you know, these crispy snacks come stacked in a cylindrical can, with Pringles’ iconic mustachioed mascot on front.

But have you ever wondered what the rest of the Pringles man looked like below his red bowtie? Well, thanks to one creative crafter, we now can see the rest of Julius Pringle (yes, that’s his name.) 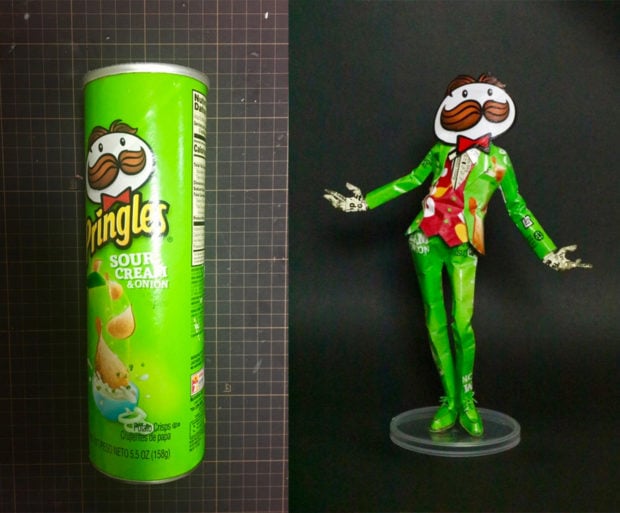 Japanese design student Harukiru loves to take the packaging from snack boxes and containers and turn them into art. Recently, he transformed a can of Pringles sour cream and onion flavor – my personal favorite – into a sculpture of its mascot. The video below shows off the assembly process, as Harukiru tailors Julius a custom three-piece suit.

Mr. Pringle is rather handsome in his green suit, though he’s skinnier than I thought he would be. You’d think he’d be a lot fatter after eating all those fried potatoes.