A while back, we checked out a silly triceratops that doubled as a taco holder. The same company would go on to create TACOsaurus Rex, and now we have the NACHOsaurus, a snack set inspired by the spiny-backed herbivore known as the stegosaurus. 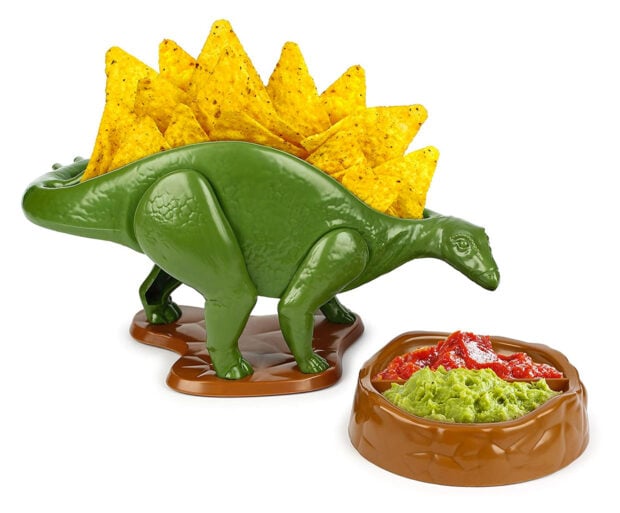 Instead of bony plates along his back, the NACHOsaurus has a spot there for you to fill with your favorite snack food. Ideally, you’d use tortilla chips or some triangular wedges of cheese for the proper effect, though this guy is happy to hold crackers, pretzels, nuts, or even french fries on his back. The food-safe plastic snack set also comes with a two-compartment dip bowl which looks like something Dino would have eaten out of The Flintstones. 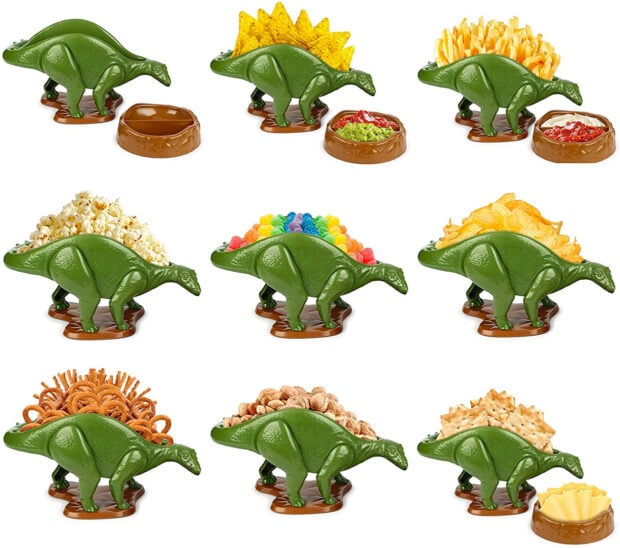 The NACHOsaurs snack and dip set is just $14.99 over on Amazon, where you can also find TACOsaurus Rex and TriceraTACO for the same price. I can’t think of any other triangular foods to put on his back. Can you?