These days, it’s impossible to look back at the movies of the great Mel Brooks without somebody getting their panties in a bunch about their lack of political correctness. To that, I say, “lighten up.” Comedy is supposed to push boundaries, and poke fun at people’s sensitivities and societal norms. So that all said, Spaceballs is a comedy classic. Sure, it’s not on the level with Blazing Saddles and Young Frankenstein, but it’s loaded with memorable characters, quotable quotes, and is a great parody of movies like Star Wars. 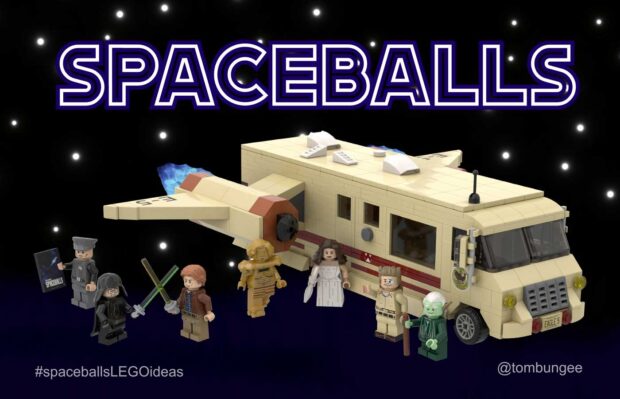 Designed by LEGO fan Tom Bungee, the set’s main piece is a model of the Eagle 5, the space Winnebago piloted by Lone Starr and his furry sidekick Barf, who also appear in minifig form. In addition, you’ll get figures of Dark Helmet, Princess Vespa, Dot Matrix, Colonel Sandurz, and the wise and powerful Yogurt. Though I was hoping to get a minifig of Michael Winslow’s “The Bleeps, Sweeps, and the Creeps” guy and his ridiculously oversize Spaceballs helmet. 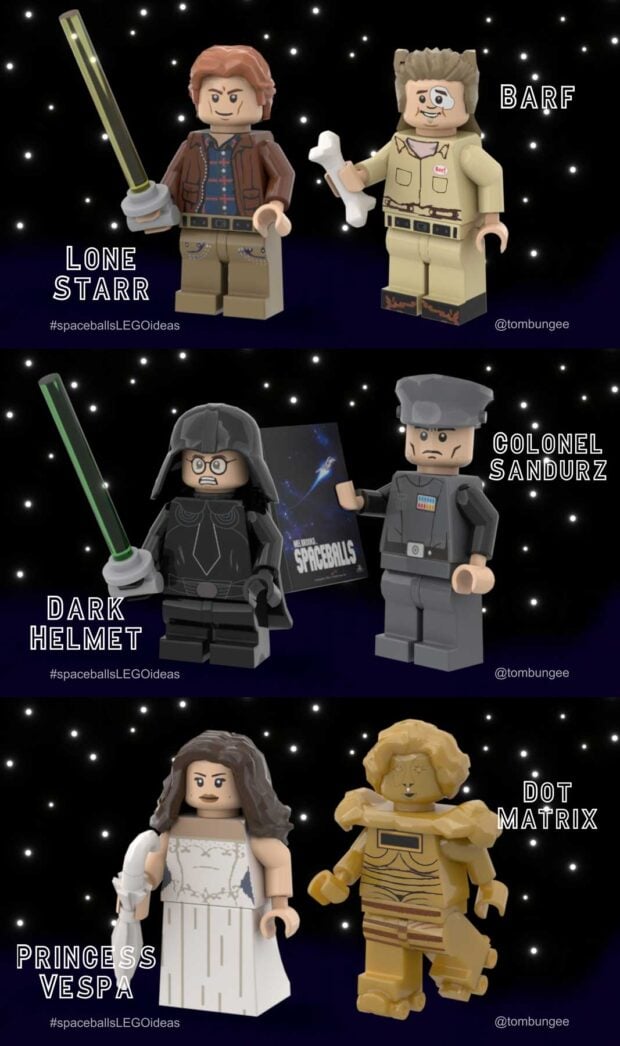 It’s not clear if the LEGO Eagle 5 can hit ludicrous speed as it does in the movie, but it does have lots of cool details both outside and in. 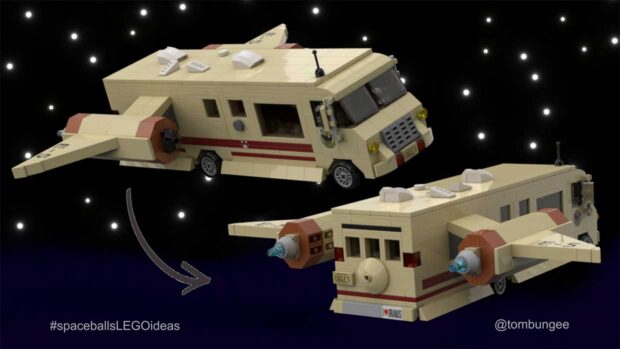 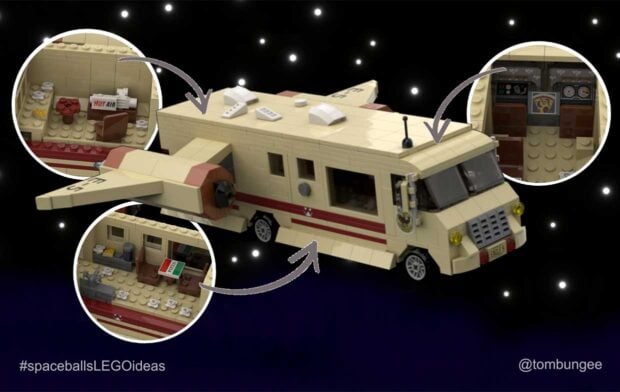 Like what you see? Then head over to the LEGO Ideas website and cast your vote today, and remember… 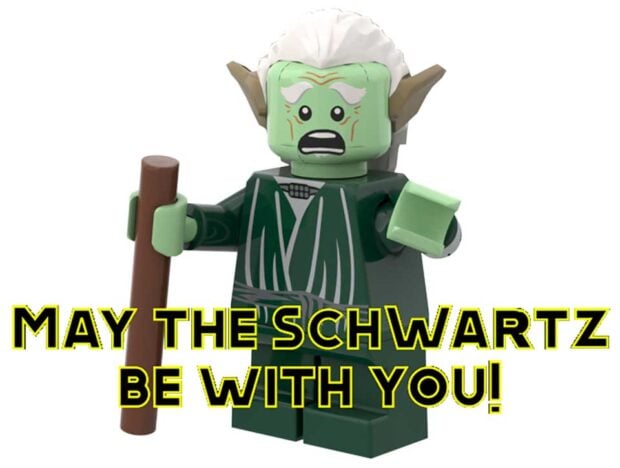