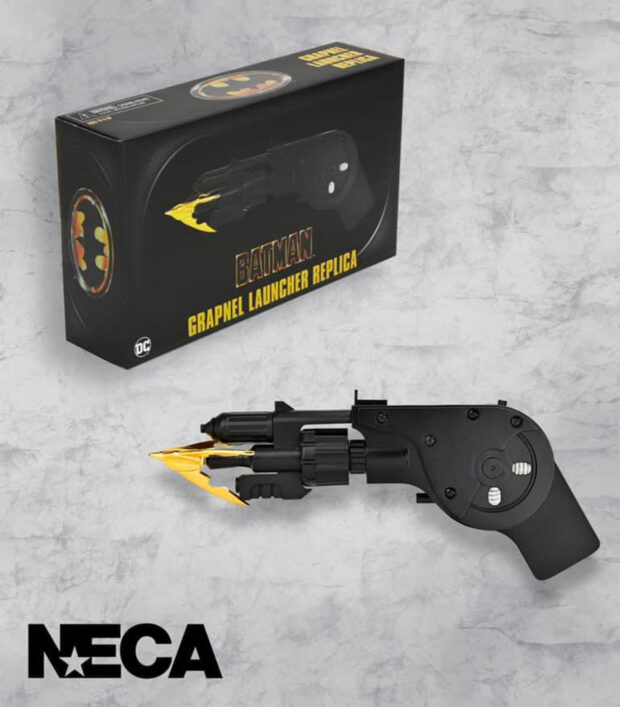 When Tim Burton’s Batman came out in 1989, I thought it was the best version of Batman yet. Michael Keaton made a great Bruce Wayne, Jack Nicholson was an awesome Joker, and Burton’s dark vision of Gotham was a fresh take compared to the campy 1960s Batman I grew up with on TV. Plus, a soundtrack by Danny Elfman, with songs by Prince? C’mon. The movie had lots of quotable lines, too, like Joker’s “Where Does He Get Those Wonderful Toys?” Well, in the case of Batman’s Grapnel Launcher, the answer is NECA, who is now making a screen-accurate replica of the Dark Knight’s handy gadget. 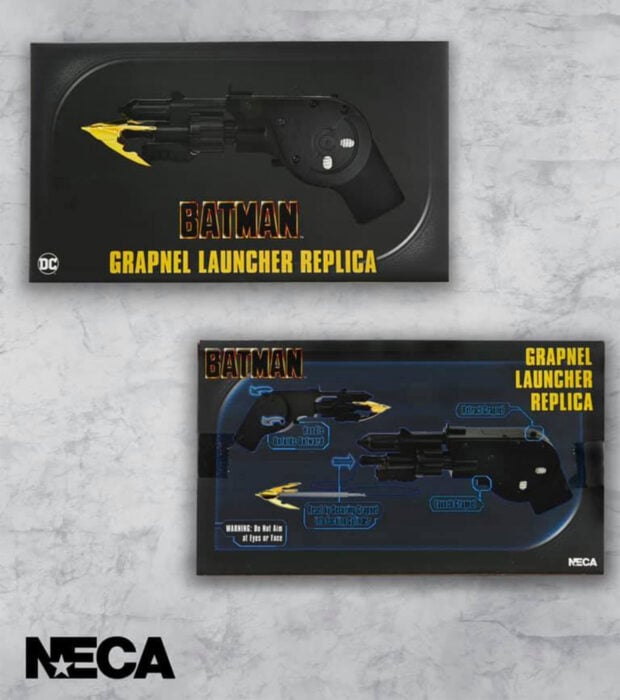 The plastic Grapnel Launcher toy can launch its shiny gold grappling hook and makes sound effects and would look great as part of your Batman cosplay. Ixnine posted an unboxing and demo video which shows off its basic functionality:

It looks really cool, and for just $15 I think it’s a steal. But given its flimsy string attachment, I wouldn’t recommend using this to scale buildings or to wrap up criminals and toss them off of catwalks. At the moment, these are hard to find, but if you poke around your local Target or Best Buy store, you might be able to find one.