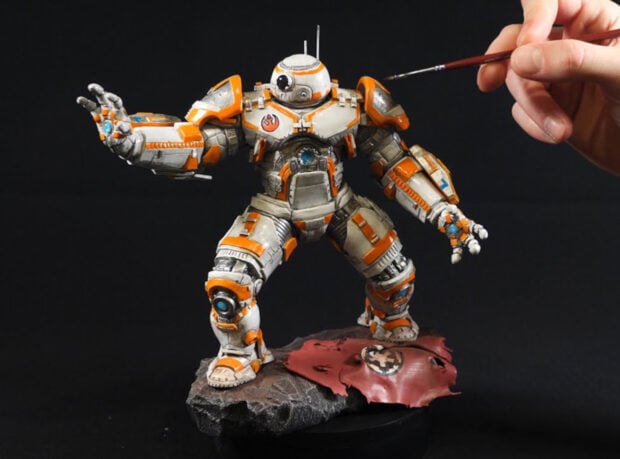 Let’s face it, with Disney owning both properties now, Star Wars and Marvel are practically begging for a crossover. And to give us an idea of what that probably wouldn’t look like, artist Adam of the YouTube channel North of the Border sculpted this 1:12 scale BB-8/Hulkbuster armor mashup. Sith and Hulk alike, beware! 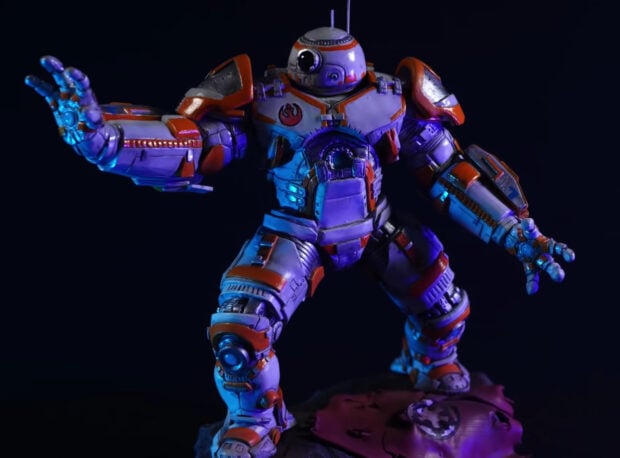 I particularly like the BB-8 inspired paint job. The amount of fine detail Adam was able to achieve is most impressive, and I wouldn’t be the least bit surprised if he could thread a needle on his first try. For reference, I struggle to thread a needle for my grandma at all until she eventually tells me not to bother – she’ll just get one of her favorite grandchildren to do it for her. 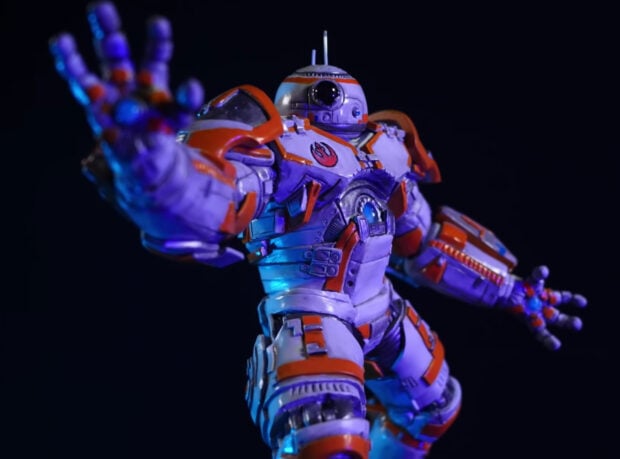 Now that I’ve planted the seed of a Star Wars/Marvel crossover in my own mind, it won’t stop growing. Will I start writing my own fan fiction?! No, but only because I’m too lazy. I will, however, start creating my own fan fiction in my mind, which takes significantly less effort than writing and can be done in the bathtub.